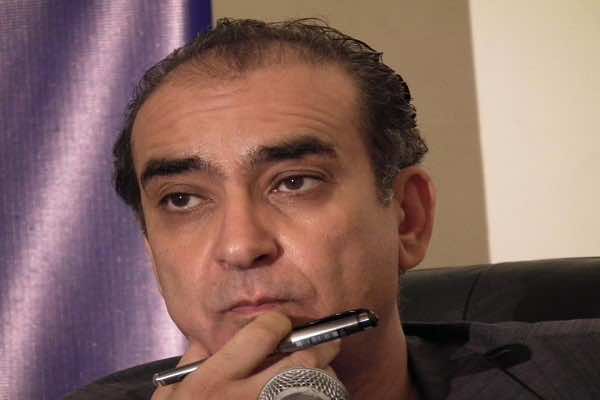 Waleed Seif claims his Facebook page was hacked, with hackers writing the insulting statements to shake, “The deep respect [he] hold for Moroccans.”

“My Facebook page was hacked over the past few weeks. I didn’t have enough time to follow what was going happening on the page because the National Centre for Cinema kept me busy until late,” Seif claims.

The Egyptian critic and screen player wrote an apology to all Moroccans and to the ex-minister via Facebook.

“My sincerest apologies to all friends when my page was hacked while I was busy, my sincerest appreciation to the Moroccan people, to the Moroccan ex-minister and Moroccan cinema for honoring artist Adel Imam. I give my upmost respect for the remainder of the Marrakech International Film Festival.”

The Egyptian critic added, “I assure everyone concerned that all Moroccan friends who know me, namely the great critic Mustapha Masnaoui and young critic Mohammed Shwaika, are well aware of how much I respect the brotherly Moroccan people and the radiant Moroccan cinema.”

The Egyptian screen write posted a sarcastic statement Egyptian dialect on his Facebook wall on December 6th, mocking the way Touria Jabran was, “very excited to kiss,” Adel Imam and the, “ecstatic state,” in which she received the Egyptian actor. 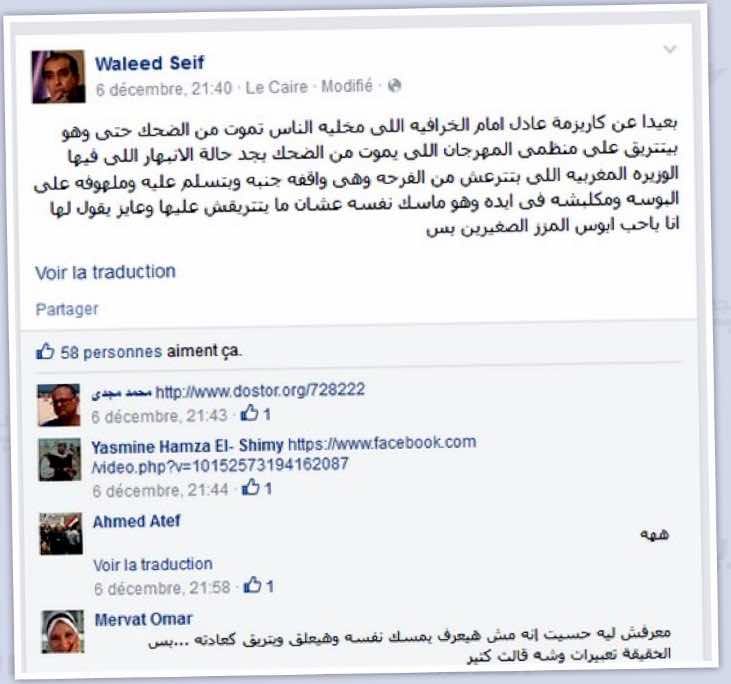