Rabat - The Moroccan national team of American football will represent the African continent during the upcoming American Football World Cup set to take place in Sweden between the 4th and 18th July 2015. 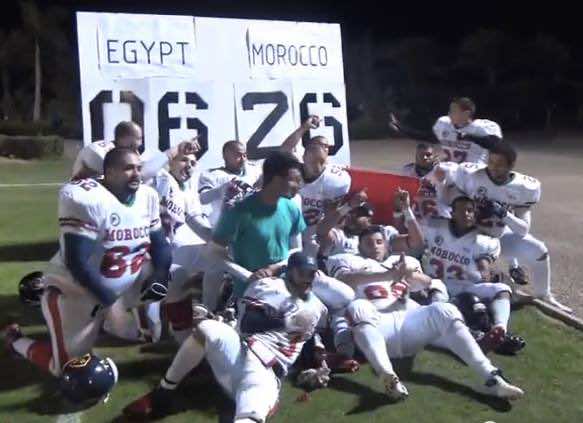 Rabat – The Moroccan national team of American football will represent the African continent during the upcoming American Football World Cup set to take place in Sweden between the 4th and 18th July 2015.

The Moroccan team of American football won the African championship on Saturday at the expense of the Egyptian team with a score of 26-6, in Egypt.

He added that the game against the Egyptian team was not at all easy given the significant pressure faced by the Moroccan team that was caused by the presence of thousands of fans supporting the team of Egypt.

The Moroccan Association of American Football had launched an online call for donations to finance their trip to Egypt, since the financial resources of the ANMFA are very limited and has always operated with the help of volunteers and fans.