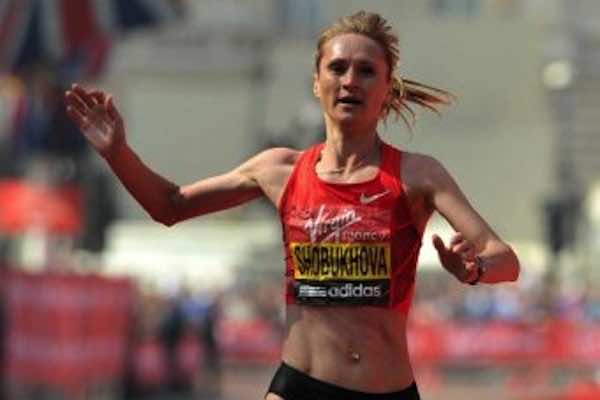 New York- In the world of Olympic sports, there is one rule that cannot be broken without serious ramifications on an athlete’s entire career. That rule is in regards to steroids. Athletes who fail to show up clean on their drug testing, and are found guilty of using these banned performance enhancing substances can face severe penalties. Medals and the prize money they have earned can all be revoked, in addition to being banned from future events. The personal and professional devastation that comes from using steroids can be a thousand times worse when the event involved are the Olympics. Olympian athletes who are disgraced and penalized are not only frowned upon, their actions often besmirch the country that the athlete represents. Despite the regulations, regular testing, and well known negative consequences that can, and often do arise from steroid use, Olympians are still caught “doping up” with anabolic steroids.

Anyone who is keen to the marathon circuits is likely familiar with the name Liliya Shobukhova. She holds a record for being the second fastest runner of all time for the Chicago marathon, as well as having placed first each year between 2009 to 2011. In 2012 she won the London marathon and competed in the 2012 Olympics but was unable to place, and only reached fourth in the Chicago marathon that year. Despite her fame on the track, she has come under fire, along with Russia’s Athletic Federation, bringing to light the ongoing issue that officials have with athletes using banned steroids to get ahead in the game.

The scandal: Doping, extortion, and conspiracy.

According to an in depth investigation by the German television channel ARD, which has also been reported upon the French sports daily L’Equipe, Shobukhova is just the most recent example of corruption and doping. The story according Shobukhova, her husband, and other sources is not an easy one to tell. In 2011 Shobukhova failed to pass a drugs test for anabolic steroids, as reported by Steroidal.com. She was told by a member of the Russian Athletic Federation that the price to keep it under wraps would cost a sum equal to $550,000 USD. For her it was a matter of paying the money or getting banned. She and her husband agreed to and paid the price of the extortion. However, when she did not place in the 2012 London Olympics, the Russian Athletic Federation turned around and banned her for the failed test. They even went a step further by annulling all of her winnings from 2009 and forward. Her husband demanded they return the extorted funds, to which they only complied by returning two-thirds of it. The actual transaction can be traced to the Russian federation’s president, Valentin Balakhnichev. Balakhnichev also happens to the be the treasurer for the IAAF, International Association of Athletics.

The fallout out from her being outed as having doped:

When it surfaced that Shobukhova had been caught doping up with the banned steroid known as oxandrolone, she was placed under a two year ban. The ban itself is dated from January of 2013, and was set to last to January of 2015. However, beyond being barred from competing, any of the titles earned, as well as money given, were stripped and ordered to be repaid. The winnings from the time period include four major events, whose prizes for her total over $1,000,000 USD. She has also been facing investigation by the IAAF ethics comity, with has been even more encompassing due to the evidence and accusations made by the investigative report from the German channel ARD.

Part of ARD’s report includes Shobukhova on hidden camera admitting to using steroids. In light of the extortion and the public humiliation, as well as financial hardships inflicted, she decided to add some genuine insight into what she has dealt with. According to Shobukhova, all of the trainers and staff involved with the Russian Federation tell their athletes that they cannot have a chance without using steroids. By using psychological brow beating, they push the practice of doping onto athletes of all ages. They then offer to cover up their habit for a percentage of their winnings each year. The extortionist even going so far as to inform them how to cheat the test, such as how to keep a clean urine sample preserved for use when needed. To those that cannot afford to pay the fees, they are busted and tossed aside when caught using. For Shobukhova, the pressure of the extortion looming over her head affected her to the point of having a bad year, which only got worse when they turned on her.

What does all this mean for Russia?

Aside from naming the president of the Russian Athletic Federation, Shobukhova story is only one of many that were discussed in the ARD story. The picture painted is one of nothing less than corruption and greed, with too many conflicts of interest to keep the country’s reputation from being tarnished. The irony of the IAAF assuring its ethics comity will fully investigate Shobukhova’s claims, as well as the others made in the accusation, is not lost by many in the reporting world. Members of the IAAF were named, some even proven on paper, to have participated in shady dealings with extortion and cover ups. A corrupt organization cannot be expected to properly police itself with any sense of credibility.

Furthering the attention and press related to the story presented by ARD, other organizations, such as the World Marathon Majors, or WMM have prompted for clear results. The WMM funds a large part of the division responsible for screening participating athletes. They say that they will not abide by people cheating and will look to extend the band on Shobukhova. One of the other issues with policing and addressing of the accusations is that all of the governing organizations, such as the Russian Athletic Federation and its own Anti-Doping Agencies, draw direct funding and reporting to the Russian government itself. This makes the allegations have even heavier implications towards their ability, or inability, to properly regulate and control the abuse of steroids in their country.