Taroudant - A new faceless doll launched in Britain in recent days and said to be “in accordance with Islamic law”  has sparked a backlash among some Muslims. 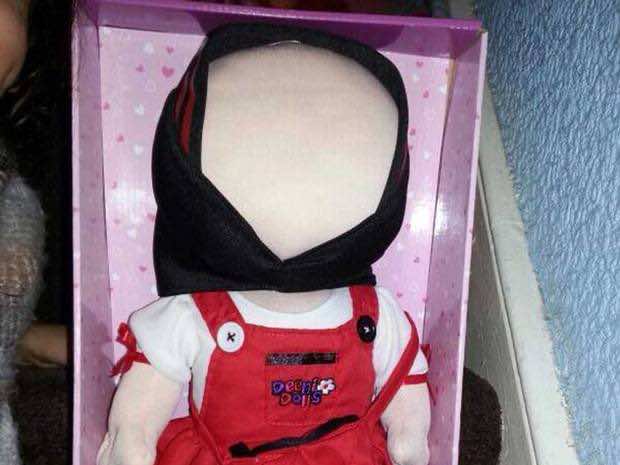 Taroudant – A new faceless doll launched in Britain in recent days and said to be “in accordance with Islamic law”  has sparked a backlash among some Muslims.

The manufacturer of the doll said “The Deeni Doll has no face on it whatsoever and is Shariah compliant.”

Nicknamed Hijab-clad Romeisa, the doll, which costs £25, is decorated with traditional “Islamic” costumes and a black headscarf covering the top of her head.

“I came up with the idea from scratch after speaking to some parents who were a little concerned about dolls with facial features,” Ridhwana, who did not wish to reveal her last name, told the Lancashire Telegraph.

As soon as the doll appeared in the market, social media users start to make fun of the “weird” faceless doll. A twitter user decided to give the doll a face.

Some Muslims criticize the doll and call it a “silly” and a “foolish” interpretation of Islam.

08:08: Faceless doll has no features to comply with Sharia law http://t.co/iYOHGCPMoB pic.twitter.com/zvlduDspbT

Professor Fawaz Gerges, a specialist in Muslim societies and politics at London School of Economics, said that the doll would not appeal to the majority of Muslims and it is “gimmick”.

The professor told the Daily Mail that in “early Islamic history imagery was not preferred for a variety of reasons. But the debate is, how far do you go now? The overwhelming majority of Muslims are living 21st century lifestyles, things have not been frozen from the 6th century”.

“There are some people who would like us to think Muslim history is frozen in time and space but it has evolved,” he added.