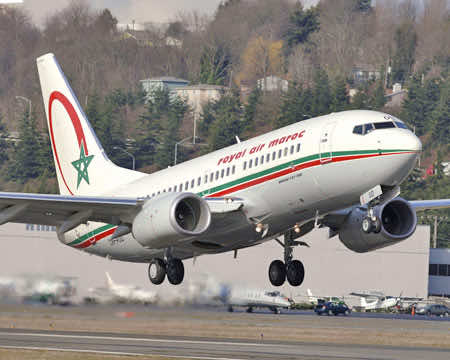 Morocco’s flag carrier, Royal Air Maroc (RAM), “is a strategic client for Embraer,”  Da Souza Silva said at a press conference on the occasion of a visit by a Moroccan delegation made of RAM representatives and journalists to the Brazilian air industry company.

Morocco, he said, offers great investments opportunities for Embraer to expand in the African market.

Embraer is also interested in Moroccan aeronautic enterprises in terms of supply of aircraft manufacturing equipment, he added.

In this regard, Da Souza Silva said that a delegation from his company have visited several Moroccan aeronautics enterprises, noting that some parts of engine of Embraer’s E-jet aircrafts are made in Morocco.

RAM received, last week in Sao Paolo, its fourth Embraer E-190. The first three Embraer E-190 aircrafts were delivered to RAM between the 22nd and 26th of November at Mohammed V airport in Casablanca.

With these recent acquisitions, RAM’s fleet increased to 52 jets. These new airplanes will decrease the average age of RAM’s fleet to 7.2 years, the same source added.

In addition to the four Embraer, RAM has 5 long-haul aircrafts including a Boeing 747 and four Boeing 767, 38 medium haul aircrafts type Boeing 737 and five ATR 72-600 airplanes.