Brussels - The EU intends to back substantially the new Moroccan immigration and asylum policy which has clear goals and provides for concrete actions, mainly in terms of immigrant integration and the recognition of refugee status. 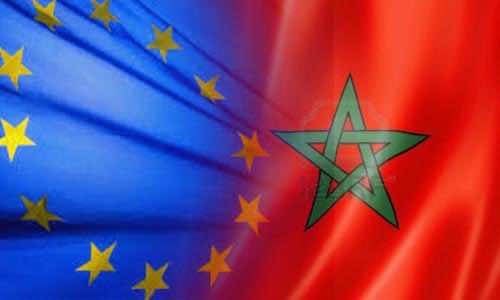 Brussels – The EU intends to back substantially the new Moroccan immigration and asylum policy which has clear goals and provides for concrete actions, mainly in terms of immigrant integration and the recognition of refugee status.

In its final statement following the 12th session of the Morocco-EU Association Council, on Tuesday in Brussels, the Union voiced its will to assist Morocco in carrying out this policy given that the Kingdom is the first north African country to adopt a real immigration policy, including the creation of an office for refugees and the setting up of a system to fight human trafficking.

On the global turndown, the EU member states underlined Morocco’s strong economical resilience. “The good performance of the Moroccan economy over the past years could be explained by the cautious management of public finances and the implementation of government program on structural reforms,” wrote the statement.

The EU noted, however, the persistence of some challenges as the continuation of fiscal consolidation which seems to be on the right track and the reinforcement of competitiveness to attract foreign investments.

Referring to the fight against terrorism, the EU called for further developing cooperation between Morocco and the Sahel-Saharan region in order to efficiently combat terrorist networks.

The EU deemed that north Africa represents a priority zone in the fight against terrorism, lauding Morocco’s efforts in terms of preventing violent radicalism and extremism.