New Jersey - It’s been thirteen years since terrorists set their sights on America on September 11, 2001. Nearly 3,000 people were killed, thousands more had their lives changed forever, a whole country went into mourning and the entire world was left changed. 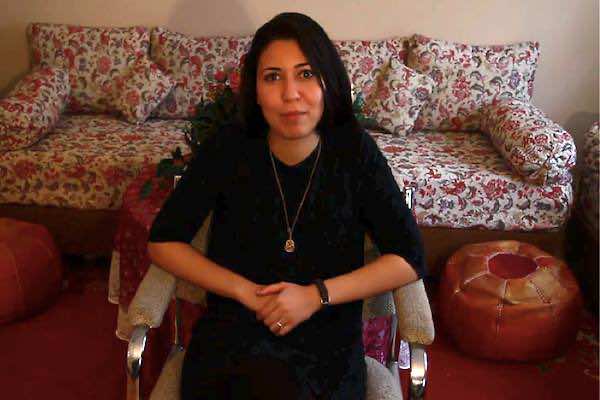 New Jersey – It’s been thirteen years since terrorists set their sights on America on September 11, 2001. Nearly 3,000 people were killed, thousands more had their lives changed forever, a whole country went into mourning and the entire world was left changed.

Moroccan-American filmmaker Yossera Bouchtia has launched a Kickstarter campaign to fund the production of her latest film “I Am Selma.”

In the film, she sends us back to the days following the attacks when Arabs and Muslims experienced isolation, discrimination, and harassment.

Some coped by shying away from their identity, but in Bouchtia’s film one brave girl stands firm against the prejudice of her peers to display the true American spirit.

Having grown up in the atmosphere after 9/11, Yossera Boutchia explains to Morocco World News her inspiration for the film.

What was the reasoning behind “I Am Selma”?

Yossera Bouchtia: “I Am Selma” is a story I started writing six years ago while I was studying Cinema at Virginia Commonwealth University. It came out of me as a result of reflecting back on my past. 9/11 was a significant event to have grown up in especially for those who lived so close to the Pentagon and New York City. If you ask anyone where they were on 9/11, almost always they will tell you a detailed memory of what happened that day–where they were and how they first heard the news.

With “I Am Selma,” I wanted to go back to my memories from the days shortly after the tragedy. Everyone was in a state of shock at that time. I wanted to dig deeper, more specifically, I wanted to recreate my memory and share it from the perspective of a Muslim, adolescent girl.  It’s a unique lens to see it through only because it isn’t one we’ve had enough opportunity to hear from.

In the Kickstarter campaign video, you said you had experienced discrimination after 9/11. Can you give us an example?

Yossera Bouchtia: Before 9/11, I was pretty ambiguous ethnically. People would oftentimes mistake me for a Latina or Mediterranean, but after 9/11 I remember being viewed as an Arab — forget the fact that I am Moroccan.  The most important character trait about me became being Arab. And I remember my parents wanting to protect me from peoples’ reactions to my identity. As the loving parents that they are, everyone was scared whether you were American, European, Asian, or Arab. And because of the fear, they advised that I keep quiet about my ethnicity. But, I also remember being called ‘terrorist girl’ by my employer when I was a student in Richmond, Virginia.

September 11 was more than 13 years ago, why make this short film now?

Yossera Bouchtia: I think after a decade, now is the best time to reflect on 9/11 and look back at our experiences with an objective eye. Had I done it earlier, I think it wouldn’t have offered me the best distance and I wouldn’t be able to tell Selma’s story from a clear enough point of view. It’s only now that I feel the conscious shift happening around racial intolerance and prejudice and it feels so right to tell this story now.

Can you explain your recent experience at the International Women’s Film Festival in Morocco?

Yossera Bouchtia: I was invited to share my first short film “Laila” at the International Women’s Film Festival of Sale, Morocco in the fall. The film “Laila” is about a Moroccan immigrant polygamous undocumented family in suburban America and it was my first time sharing this work with a Moroccan audience. There’s a lot of curiosity from Moroccans of how Moroccan-Americans live out their lives here in the States, so there was some definite interest leading up to the screening. Afterwards, I got a lot of questions and many advised that I ought to be directing my own stories. This was very insightful as I had always shied away from the director role, but I realized that it is my responsibility to tell these Moroccan stories of immigration, religion, and social isolation, in the most honest way.

What do you hope people will get out of watching “I Am Selma?”

Yossera Bouchtia: I want people to have more sympathy for the people who were unfairly scrutinized based on the religion they believed and the way they looked. We were all victims of 9/11 and it has changed all our lives.

Filming for “I Am Selma” will begin in January. It’ll be submitted to the Take Two Film Festival in New York City this April.

For more information and to make a donation visit: I am Selma, a narrative short film, (https://www.kickstarter.com/projects/missarabusa/i-am-selma-a-narrative-short-film)