Rabat - Youth and Sports Minister Mohammed Ouzzine failed to attend a session of oral questions at the House of Representatives. 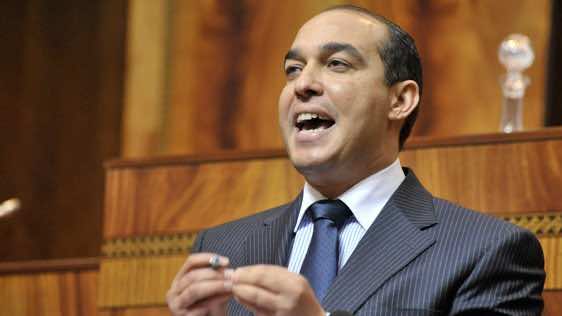 Rabat – Youth and Sports Minister Mohammed Ouzzine failed to attend a session of oral questions at the House of Representatives.

The Minister was expected to appear before the members of the House of Representatives on Tuesday in order to talk about the disastrous state of Prince Moulay Abdellah Stadium.

Chair of the session Kenza El Ghali from Istiqlal party said that the House of Representatives office received a letter from the Minister of Youth and Sport, stating that the Minister will not be able to attend the session at the Parliament’s Lower House.

The letter did not provide any further details or clarifications.

On Saturday, pools of water appeared on the natural turf of Complex Sportif Moulay Abdellah Stadium in Rabat due to heavy rain.

The water pools created significant problems for the players during Saturday’s game between Cruz Azul from Mexico and Western Sydney Wanderers from Australia at the FIFA Club World Cup.

Due to the poor condition of Complexe Sportif Prince Moulay Abdellah in Rabat, FIFA announced that the Club World Cup Semifinal between Cruz Azul and Real Madrid (played yesterday), scheduled to take place in Rabat, has been moved to the Grand Stadium in Marrakech.