Marrakech - Real Madrid’s Italian coach, Carlo Ancelotti, greeted Moroccan fans who supported Spain’s royal team during its semi-final match against Cruz Azul of Mexico, in the Club World Cup that is currently taking place in Morocco from December 10 through December 20. 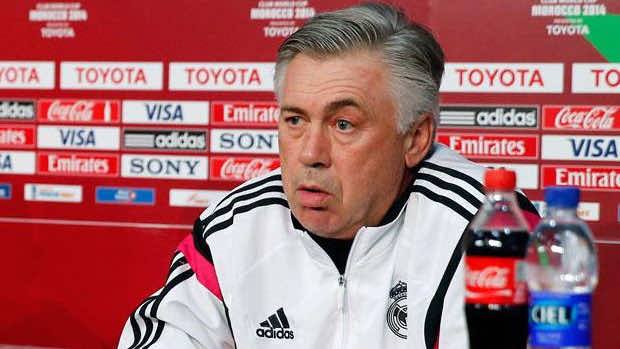 Marrakech – Real Madrid’s Italian coach, Carlo Ancelotti, greeted Moroccan fans who supported Spain’s royal team during its semi-final match against Cruz Azul of Mexico, in the Club World Cup that is currently taking place in Morocco from December 10 through December 20.

In a press conference held after the match, Carlo Ancholuti, said, “I applaud the Moroccan public for supporting us in this match. Real Madrid is a global team, and wherever we go, we find fans who support us.”

The coach said that the match that brought together the two clubs was well controlled by the Royal team, especially after Ramos scored the first goal.

“Ramos’s goal made the match easier for us, and gave us greater confidence, which contributed significantly to the result achieved by the winning team,”he added.