Rabat - The Ministry of Youth and Sports has decided to close Moulay Abdellah stadium for four months due to the poor condition of its natural turf. 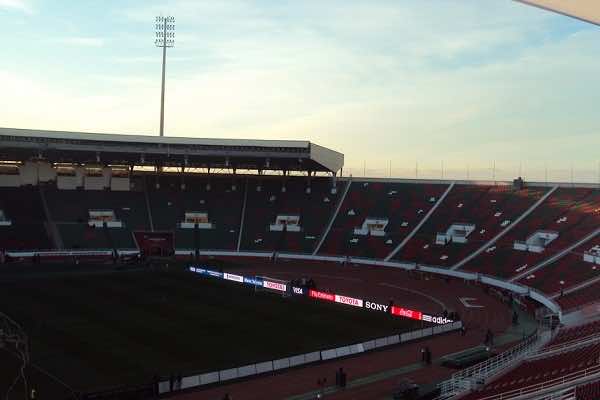 Rabat – The Ministry of Youth and Sports has decided to close Moulay Abdellah stadium for four months due to the poor condition of its natural turf.

The Ministry is planning to repair the damage done to the natural turf of Moulay Abdellah stadium caused by the recent rainfall.

Due to heavy rain in Rabat, pools of water appeared on the field, which created significant problems for the players at Saturday’s game between Cruz Azul and the Western Sydney Wanderers at the FIFA Club World Cup.

The Ministry says it will repair the damages caused by the rainfall so that the stadium can host in the coming period international matches of the various Moroccan national teams in addition to the matches of Rabat’s FAR.