Marrakech - The fans of Brazilian football club Cruzeiro have adopted December 18 as Raja Day, a celebration marking the match that brought the Raja and Atletico Mineiro football clubs together last year during the 2013 Club World Cup which took place in Morocco. 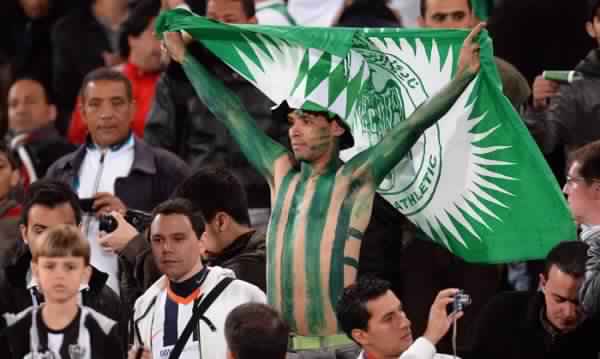 Marrakech – The fans of Brazilian football club Cruzeiro have adopted December 18 as Raja Day, a celebration marking the match that brought the Raja and Atletico Mineiro football clubs together last year during the 2013 Club World Cup which took place in Morocco.

The Fans of Cruzeiro are celebrating the day, which is ingrained in the memories of Brazilians, to the chagrin of the fans of Atletico Mineiro, which was unexpectedly defeated by the Moroccan team Raja, by three goals to one.

Raja Day is being celebrated widely today in social media, mainly among Facebook users, through posters and pictures of the Raja club and the semi-final match which brought the two clubs together pm December 18, 2013.

The semi-final match of Raja players versus Ronaldinho’s colleagues had previously made media headlines.

Raja’s accomplishments during the previous Club World Cup of 2013 were described by international media and football experts as a historical achievement as no Arab or North African club had reached the finals of the Club World Cup.