New York- The recent tragedy in Peshawar has saddened, angered and confused me beyond what can be expressed in words. I am unable to comprehend the process through which human minds can become distorted to the point of mustering the capacity to murder hundreds of children, and, as if this were not monstrous enough, managing to convince themselves that this was done for the sake of God. 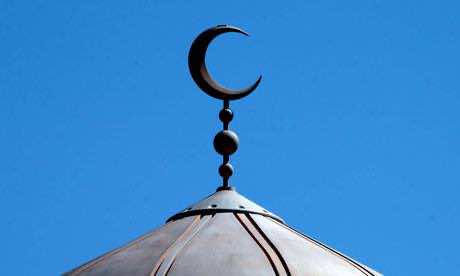 By
Paola Garcia
-
Paola Garcia is a writer and translator from Chihuahua, Mexico.
Dec 18, 2014
Spread the love

New York- The recent tragedy in Peshawar has saddened, angered and confused me beyond what can be expressed in words. I am unable to comprehend the process through which human minds can become distorted to the point of mustering the capacity to murder hundreds of children, and, as if this were not monstrous enough, managing to convince themselves that this was done for the sake of God.

The atrocities committed in the name of Islam cause me to seriously question myself. Is my understanding of Islam, and that of all my progressive teachers and friends who are so full of light, love and inclusiveness imaginary or mistaken? My inability to understand this calamity made me reflect on what Islam means to me and on why I became a Muslim.

Removed from the cultural baggage that often accompanies Islam, I began to read and research the religion in depth several years ago. I started out doing so precisely because of my puzzlement over certain actions and occurrences. I sought to identify within Islam the teachings that led to the violence and madness that is often perpetrated in the name of the religion. To my surprise, I did not find a basis for these actions in Islam, on the contrary.

What I found were answers to the existential questions that had plagued me throughout my life and that no other religion, spiritual teaching or philosophy system had been able to satisfactorily answer. Life became filled with meaning for me. Everything in existence had a purpose and had meaning as it was created by a Most Magnificent, Most Compassionate, Most Merciful God. This realization and later, strong conviction, were life changing.

My readings made me discover the wisdom, depth and beauty of Islam. I have heard that we find in Islam what we bring to it and that our worldview deeply impacts the way in which we interpret the Quran. This makes much sense.

Subjectivity is inevitable in matters of religion and, of course, in most matters of life (with perhaps the exception of exact sciences such as physics or mathematics). Human beings by nature perceive and interpret all areas of our reality in subjective ways. In spite of this truth, I am convinced that what I personally found in the Quran and in Islam is definitely there; it is a matter of how we choose to look at things. I found in the Quran and in the many Islamic texts I read a vast array of treasures and powerful wisdom with the capacity to liberate and elevate all human beings.

I believed, and still believe, Islam to be a source of light, progress, equality, expansion and love. And also, which is very important to me, an emphasis on to learning, thinking, reading, reflecting and growing as a human being. The insistence on the pursuit of knowledge repeated throughout the Quran made me fall in love with Islam.

After a few years of research, I realized that I believed strongly in the teachings of Islam and furthermore, I became convinced that if I followed Islam, my life would become drastically better. And, due to the incredibly bright teachers God sent to me, my life did become much better in tangible and intangible ways.

However, I am aware that my interpretation of Islam, like that of my teachers, is quite far from the fundamentalist, divisive, and almost asphyxiating interpretations that I have also encountered. I have difficulty perceiving the benefit of such ways of thinking. We have more than ample evidence throughout the world of the disastrous consequences of fundamentalism of any kind.

We are heart-breakingly reminded by these tragedies of the devastating consequences of rigid, extreme interpretations that cause aggression and division amongst human beings. I cannot observe or conceive of any positive outcome of the endless fighting over whose interpretation is right, whose is wrong, who is following the “true” Islam, which is the world’s “true” religion, who is “sinful” by failing to follow x, y or z rule, who is “really” pious because of a big beard, head covering or some other trifle rationale we humans seem to like inventing but that only create division and hostility amongst ourselves.

All this needs to end and we know it. It is complete insanity to continue down the dark and narrow fundamentalist road. This road, when taken far enough, leads people to believe that their “right” understanding of Islam (or of any other doctrine, religion or belief system interpreted in extreme ways) justifies all sorts of atrocities perpetrated for the sake of having their ideology prevail and imposed onto others. It is terrifying to witness what fundamentalism can do to human beings. In my opinion, what we need in order to counter it is openness, progress and inclusion.

We have to ask ourselves what the use of our religion is. Does it serve to uplift, empower, and enlighten us and those we come into contact with? Or does it instead oppress us and others, diminish our God-given potential and talents, and hinder our freedom and growth? What benefit does our interpretation of our religion bring to the world?

In The Quran and the Life of Excellence, Dr. Sultan Abdulhameed elucidates the issue. He explains that “any belief, any tradition, any interpretation that does not make you more resourceful, more powerful, and freer to act is false. Stated in the opposite way, the right interpretation is the one that if you act upon it, will increase your personal power to make a difference in your life and that of others.”

Dr. Sultan further explains that the pleasure of God is achieved through a commitment to be a source of uplift in every situation because God “has placed us on the earth as His representatives so He can work through us.” If God has entrusted us with this huge responsibility, and our carrying it out pleases Him, it seems to be in our best interest to seek to reflect qualities that are worthy of this lofty charge.

The test for knowing whether our interpretation is right is simple: “If religious teachings contribute to personal growth, resourcefulness, freedom, and happiness of people who follow them, then these represent the true purpose of religion. If, on the other hand, religion is taught in ways that contribute to the constriction of human potential, to unhappiness and lack of productivity, they are false, regardless of how famous the scholar who conveys these ideas.