Rabat - More than 100 security personnel are reported to be surrounding the Four Seasons hotel in Marrakech where Real Madrid staff and players are staying during their participation in the FIFA Club World Cup. 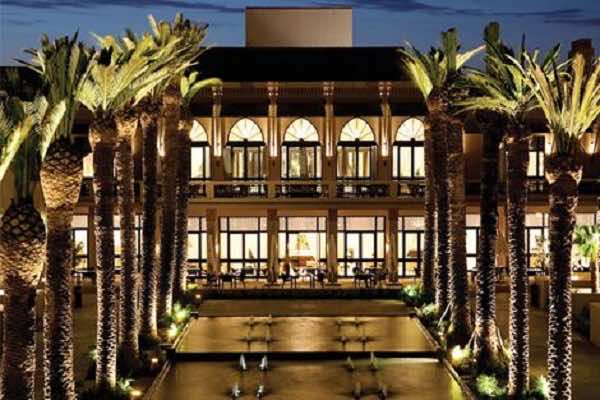 Rabat – More than 100 security personnel are reported to be surrounding the Four Seasons hotel in Marrakech where Real Madrid staff and players are staying during their participation in the FIFA Club World Cup.

The 141-room luxurious hotel located near the Menara gardens was fully-booked by the team’s administration. The heavy security cordon surrounding the hotel and its main gates is to make sure no one gets access to the hotel’s yard or near the Real Madrid stars. 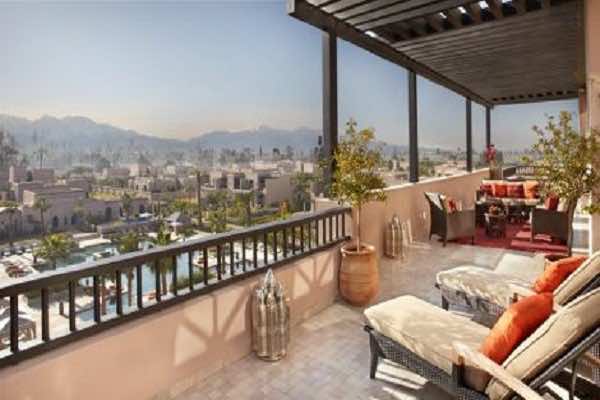 Owned by Saudi prince and billionaire Al Walid Bin Talal, the 5-star hotel offers an outdoor swimming pool surrounded by palm trees and sunbeds, a rooftop terrace and 4 restaurants in addition to a wellness center and free Wi-Fi.

Real Madrid have been reported to be impressed with the facilities and high quality service of the Four Seasons Marrakech Hotel, partly owned by American mega rich and founder of Microsoft Corp., Bill Gates in addition to other businessmen.

The hotel reportedly cost an estimated 140 million euros and it was inaugurated by Al Walid Bin Talal and Prince Moulay Rachid of Morocco in 2011. 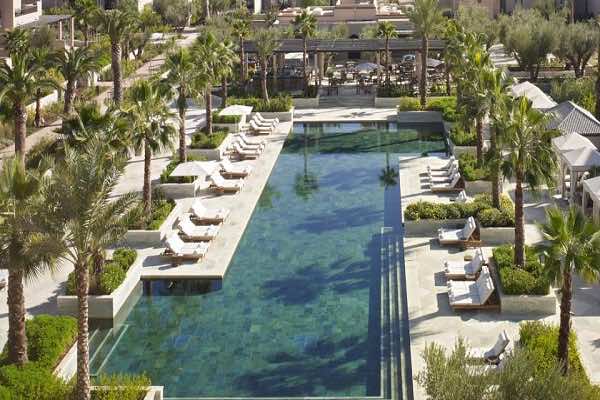 The Four Season’s rooms and suits have a balcony with views of the garden, the pool or the mountains.

The expensive property also offers a tennis court, a business center and a wellness center with a steam bath and a hot tub.

Unlike Real Madrid which gets all the attention and the media frenzy, all the other teams participating in the FIFA Club World Cup are staying in hotels with reasonable security.