Rabat - Real Madrid manager Carlo Ancelotti posted a video on his official Facebook page in which he expressed his gratitude to Moroccan fans of Real Madrid, also known as Madridistas. 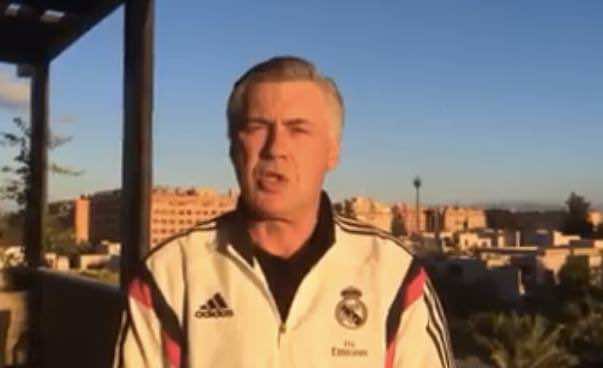 Rabat – Real Madrid manager Carlo Ancelotti posted a video on his official Facebook page in which he expressed his gratitude to Moroccan fans of Real Madrid, also known as Madridistas.

Speaking in French from what seems to be a hotel balcony, the Italian coach said in the video that he is very impressed with the support of Real Madrid fans in Morocco and Africa, in general.

“I thank you all and goodbye,” he added.

He also said in a press conference held after the semifinal match against Cruz Azul: “I applaud the Moroccan public for supporting us in this match. Real Madrid is a global team, and whenever we go, we find fans who support us.”

In addition to the coach, many Real Madrid players expressed their appreciation and gratitude to Moroccan Madridistas.

“Starting to feel a bit like #Alan Shearer with these headers! Moroccan Madridistas were incredible tonight #21 #halamadrid”

The Los Blancos were impressed by the atmosphere in the red city in addition to the graciousness and the warmth of the Moroccan fans.