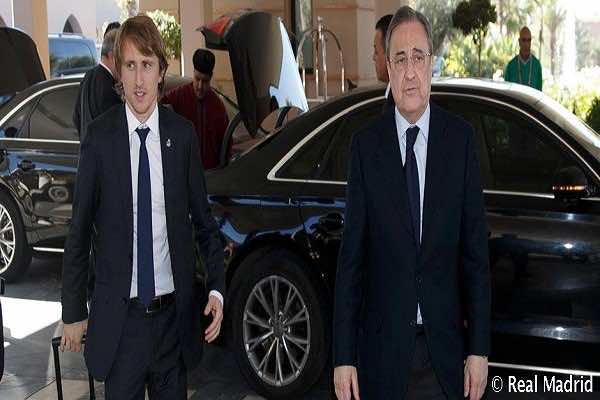 According to Real Madrid official website, the Whites president has arrived in Marrakech alongside midfielder Luka Modric, who is currently out injured.

The Croatian international was forced off injured during his national team’s Euro 2016 qualifying match against hosts Italy.

He suffered from a left groin injury that ruled him out of action and to miss the Club World Cup in Morocco.

Immediately after landing, the pair transferred to the team hotel in Marrakech.