Rabat - Moroccan kickboxing celebrity Badr Hari defended Sports Minister Mohammed Ouzzine who is going through one of the darkest chapters of his career as a minister following the Rabat stadium scandal. 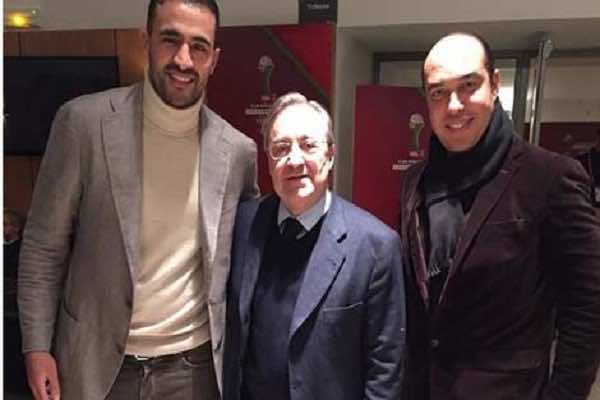 Rabat – Moroccan kickboxing celebrity Badr Hari defended Sports Minister Mohammed Ouzzine who is going through one of the darkest chapters of his career as a minister following the Rabat stadium scandal.

Badr Hari published on his official Instagram account a picture of himself, accompanied by Real Madrid President Florentino Perez and Mohammed Ouzzine.

The Kickboxing champion wrote alongside the picture that he will always support his ‘dear friend sports Minister Mohammed Ouzzine in addition to Florentino Perez, President of Real Madrid.. Hala Madrid.’

Watching the game in style with my dear friend and minister of sport who I always support!! And Real Madrid president Florentino Perez. Goooo Madrid.

Mohammed Ouzzine is going through a hard time in the wake of Moulay Abdellah Stadium scandal.

He was suspended from all activities related to the FIFA Club World Cup by the Moroccan King, including the presence in the final match pending the results of the investigation launched to determine who should be held accountable for the Rabat Stadium fiasco.