Rabat - Crown Prince Moulay Hassan is expected to preside over the FIFA Club World Cup final scheduled to take place Saturday in the Grand Stadium of Marrakech between Spain's Real Madrid and San Lorenzo from Argentina. 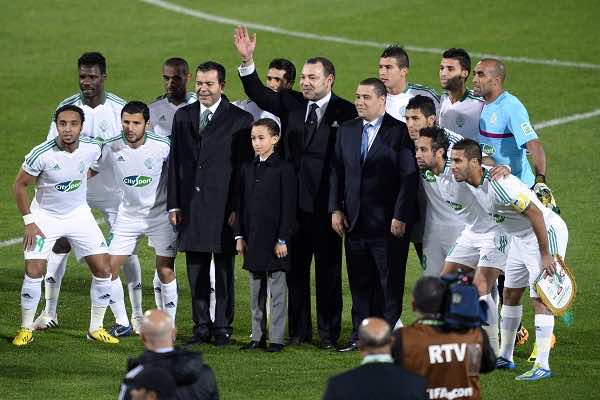 Rabat – Crown Prince Moulay Hassan is expected to preside over the FIFA Club World Cup final scheduled to take place Saturday in the Grand Stadium of Marrakech between Spain’s Real Madrid and San Lorenzo from Argentina.

Morocco’s crown prince will be present at the FIFA Club World Cup final in Marrakech after having previously attended last edition’s final with his father King Mohammed VI in which Raja Casablanca played lost to Bavarian giants of Bayern Munich 2-0.

The FIFA Club World Cup final will not be attended by Morocco’s Sports Minister Mohammed Ouzzine who was suspended from the major international sporting event by King Mohammed VI pending the results of the investigation launched to determine who should be held accountable for the Moulay Abdellah stadium scandal.