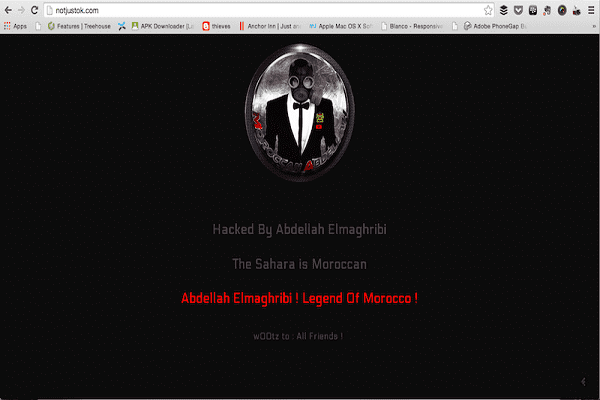 Immediately after the hack, Notjustok posted an official tweet, saying: ‘NotJustOk is down due to an anonymous hack.

The Alleged Moroccan hacker left a message after bringing down the website.

The hacking of the Nigerian music website led some social media users to question the causes that may lead a hacker to invest time and skills to bring down a website for music.

Why would anyone hack #NotJustOk ? What are they trying to gain? *sigh*

The site bounced back and started to post new materials.

@NOTJUSTOK ‘s Websites Back ON.

Last week, a group of Moroccan hackers said it had managed to reveal the identity of the so-called Chris Coleman, who has been leaking classified documents belonging to Moroccan high ranking officials.