Marrakech - Thomas Picketty’s recently most debated book, Capital In the Twenty First Century, is again highlighting one of the most challenging questions after the 2008 global financial crisis: is capitalism a globally safe ideology? 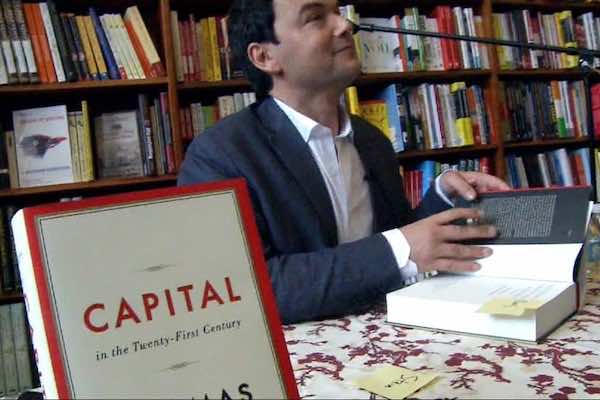 Marrakech – Thomas Picketty’s recently most debated book, Capital In the Twenty First Century, is again highlighting one of the most challenging questions after the 2008 global financial crisis: is capitalism a globally safe ideology?

Many anti-capitalists scholars and pundits from different academic and ideological disciplines found the GFC an appropriate cue to attack capitalism after its brilliant century long affluence. A century of global economic growth and social wellbeing coming from globalization and internationally connected free markets along with the spread of democracy to many countries either already developed or currently developing. However many economists have argued that Picketty’s book and the results of his data analysis reveal many economic errors and academic misunderstandings. Here are some of those reviews:

Nobel Prize winner in Economics Robert Shiller wrote an article in Project Syndicate titled Inequality Disaster Prevention, admitting that Picketty’s book brought considerable attention to rising economic inequality. However, he argues it is not, “strong on solutions.” Shiller is the author of The New Financial Order: Risk in the 21st Century, a book similar to that of Picketty’s where he highlights the same problem from a different perspective. While Picketty suggests more tax on the wealthy, Robert Shiller proposes, “inequality insurance,” as a way to avert disaster. This would require governments to establish long-term plans to create automatically adjusting income-tax rates for the wealthy that fluctuate based on the change of inequality levels from year to year, with no change occurring if no inequality levels change.

Kenneth Rogoff, professor of Economics and Public Policy at Harvard University, credits the recent financial crisis to the global credit boom and its subsequent meltdown. In his recent book This Time Is Different, co-authored with Carmen Reinhart, he explains that, “excessive optimism surrounding the economic-growth potential implied by globalization and new technologies,” played a central role in the credit boom that has completely corrupted the international financial system. This means it is necessary to balance between human need and appropriate technologies to achieve this need. If left unbalanced, the recent recession was not a financial crisis but a crisis of innovation and secular stagnation in technology.

While many economists and sustainable development experts continue to argue Thomas Picketty’s results, others have viewed the problem from a different angle. Joseph E. Stiglitz, a Nobel laureate in economics, comprehensively reviewed the recent financial crisis’s causes in his essay published in Project Syndicate titled Democracy in the Twenty-First Century. Stiglitz puts responsibility on the political systems that failed to provide fair conditions for effective competition. It is a democratic crisis that causes political inequality where, “in such a system, opportunities for economic advancement become unequal as well, reinforcing low levels of social mobility.” But Stiglitz does not explain in depth how the political system in the United States caused economic meltdown and therefore social inequality, though theoretically the idea holds water due to the considerable lack of federal regulation during the nearly catastrophic Bush administration.

While Marxists have mobilized their efforts to criticize capitalism and reproduce a soft Marxism by proposing mixed models of economic solutions to the financial crisis, capitalists continue to emphasize the problem is the outputs in connection with the model of capitalism rather than capitalism itself. That is to say, capitalism works well only when certain conditions for the game to be played are fully satisfied. Many feel optimistic that capitalism can correct its own errors because of its value on self-innovation, open markets, competition and liberty. However, anti-capitalists still view China’s emerging global model as the finest communist success in spite of capitalistic existence, though capitalists strongly argue that China’s global development is only achieved when practicing capitalistic values of open markets and innovation.