Rabat – Morocco’s Sports Minister, Mouhamed Ouzzine, has been stripped of his passport, according to Noon Press, the official website of the Moroccan daily Al Massae. 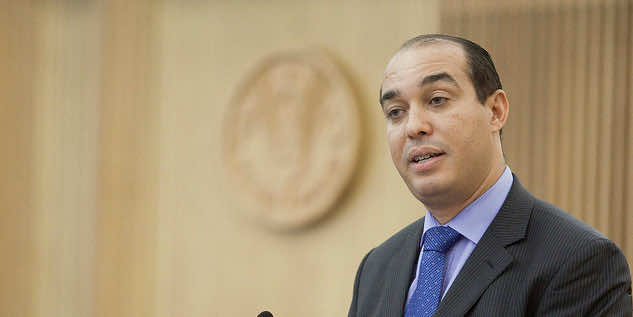 Rabat – Morocco’s Sports Minister, Mouhamed Ouzzine, has been stripped of his passport, according to Noon Press, the official website of the Moroccan daily Al Massae.

The decision comes less than 24 hours after King Mohammed VI asked Prime Minister, Abdelilah Benkirane to open a thorough and comprehensive investigations to determine the responsibilities for such irregularities that marked the quarter-finals of the FIFA Club World Cup last weekend in Rabat, and to suspend the Minister from any activities in relation to this international sport’s event, including his presence in the final match, awaiting the results of the said investigation.

Controversy has been growing in Morocco since Moroccan public was dismayed at seeing the deplorable conditions of the pitch of Prince Moulay Abdellah stadium in Rabat, which had been recently renovated, turn into a “swimming pool.”

Pictures and videos of the field’s deplorable condition were widely shared on social media all over the world.

Moroccans expressed their utter dismay at the way this incident damaged their country’s reputation and called on the government to hold those responsible accountable.

The poor condition of the pitch of Moulay Abdellah Stadium was believed to have triggered the royal anger.