Rabat- Real Madrid manager Carlo Ancelotti denied news suggesting that the team's talisman Cristiano Ronaldo is not happy in Morocco, adding that the Portuguese star cannot be sad while present in a “beautiful city like Marrakech and its magical atmosphere.” 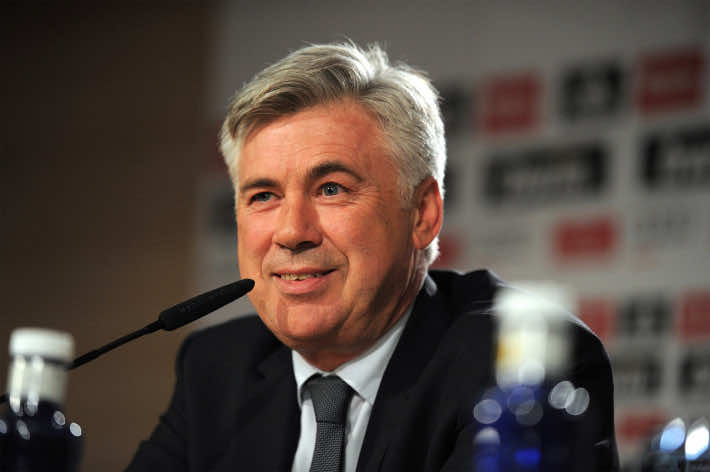 Rabat- Real Madrid manager Carlo Ancelotti denied news suggesting that the team’s talisman Cristiano Ronaldo is not happy in Morocco, adding that the Portuguese star cannot be sad while present in a “beautiful city like Marrakech and its magical atmosphere.”

News that Cristiano Ronaldo is not happy in Morocco emerged when the former Manchester United man posted a status on his official Facebook page saying that in ‘this time of the year, it’s great time to be in Portugal with its nice people, good food and good moments.’

Speaking in a press conference prior to the final on Friday, the Italian manager said James Rodriguez has recovered from the muscular problem in his left calf that he picked up in the Celta Vigo game, while Sergio Ramos’ case may involve a greater degree of risk.

“They are two different situations. There’s no risk hanging over James as he’s been training since Wednesday. He’s fine. He has no problems. The Sergio situation is different. He has a niggle that isn’t that serious, it’s a muscle that isn’t that dangerous, but we’ll have to speak to him and see how he feels. The medical team’s opinion counts too. We’ll make a decision together”, said the Italian coach.