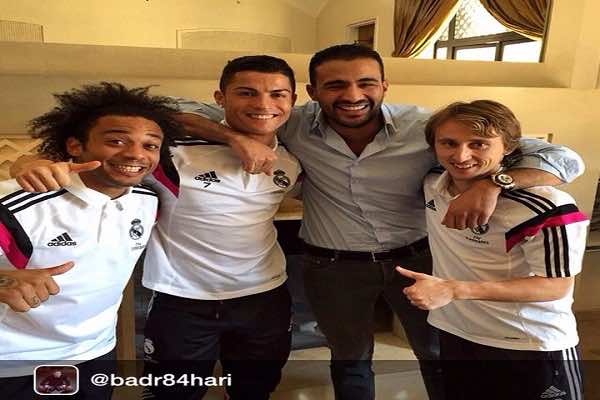 The picture was taken in what appears to be a hotel lobby, probably the hotel where Real Madrid staff and players are staying during their participation at the FIFA Club World Cup.

The kickboxing celebrity is known for his friendships with many Real Madrid players including Cristiano Ronaldo and Karim Benzema.

He accompanied the Spanish giants in their bid for the Club World Cup, taking place in Marrakech and Rabat from December 10th to December 20th.

Real Madrid players sent a request to the Club World Cup committee to add the Moroccan world kickboxing star’s name to the list of crewmembers after Real Madrid’s administration approved the request internally, according to Hespress.

The committee answered positively and considered the Badr Hari’s attendance a beneficial addition to the 2014 Club World Cup.