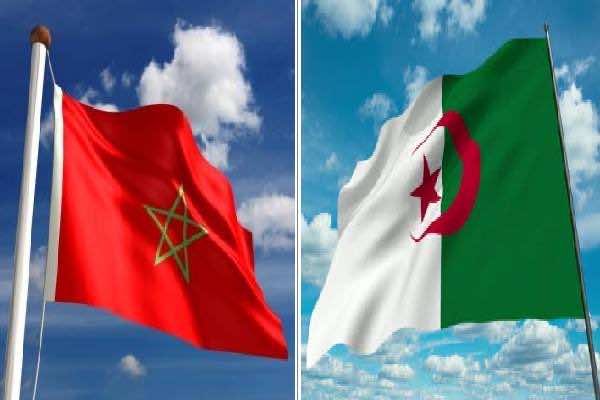 San Francisco – Algerian and Moroccan media outlets of all orientations, official and the so-called independent, have one thing in common: they hate the other country to death. They have been fueling the conflict between the two nations for decades, and there is no sign of this stopping any time soon. In fact, the two countries’ medias are so desperate for news that they will disparage one another and will publish the smallest news stories that they think will make the other side look inferior.

At times, they seem to be celebrating each other’s catastrophes and disasters, such as flooding and traffic accidents.  The Algerian media could not contain itself during the latest Club World Cup fiasco in Morocco, the relocation of CAN 2015 to Equatorial Guinea, or Chris Coleman’s leaking of secret diplomatic documents. The Moroccan media was ecstatic to report riots and deaths that took place in Ghardaiia or the Algerian Police striking for better living conditions.

Not a day goes by that you do not read depressing news about both countries in each other’s media outlets. Sometimes it feels as if they are taking turns attacking the other. As soon as one side publishes something negative, the other strives to find something even worse about the other.

More often than not, they resort to other tricks like when they pamper and invite well-known personalities that sympathize with their cause to make a statement supporting what they publish.

Unfortunately for them, after sixty years of going after each other like mad dogs, they have nothing to show for. Sixty years of constant battle has not borne any fruit and never will, because people are no longer easily fooled, as they were in the past.

As a matter of fact, Moroccans and Algerians are so disgusted with their mediocre media that they have become ‘news fatigued’. There was a time when people relied on newspapers, radio, or television for their news, and these outlets, as we know, are always tightly controlled by the state in our part of the world. Times have changed, and thanks to the Internet and social media, the media in both countries have become useless, if not a nuisance.

The majority of Algerians and Moroccans on social media refuse to fall prey to the constant lies and deceptions that are engineered by their media. They are able to see that they stand united, and no one will be able to change the fact that eventually Morocco and Algeria will speak with one voice: the voice of the people.

Take a look around and you will quickly realize that we are sadly the remaining few who are still bickering, while other countries in the world are forging ahead. Moroccans and Algerians are smart and hard-working people. They are very much aware that in order to succeed in the 21st century, we will have to work together as a group. They refuse to allow their soulless media to get in the way and create obstacles to peace.

We are among the very few people in the world whose media does not portray the true facts on the ground. At times it feels as if the media in Morocco and Algeria is talking about the Korean peninsula or countries that have nothing in common. As matter of fact, it is difficult to find something that Moroccans and Algerians do not have in common.

It is unconceivable that Cuba and the US will begin working toward peace and we are not. Our corrupt media in both sides is not helping at all.

Let’s hope that the people in both countries realize the urgency of ridding themselves of these dishonest media outlets. To start, let’s boycott their hopeless products.