Taroudant - Sheikh Ahmed al-Ghamdi, a cleric from Saudi Arabia, has received death threats after appearing on a TV show along with his wife who showed her face with make-up. 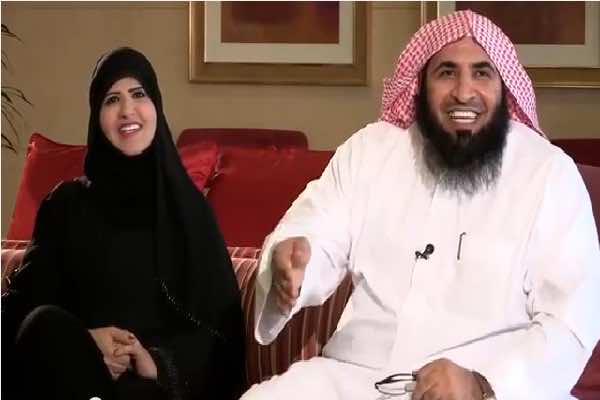 By
Larbi Arbaoui
-
Larbi is a freelance writer and assistant editor at Morocco World News.
Dec 22, 2014
Spread the love

Taroudant – Sheikh Ahmed al-Ghamdi, a cleric from Saudi Arabia, has received death threats after appearing on a TV show along with his wife who showed her face with make-up.

The Saudi cleric challenged a fundamental religious tradition deep rooted in the conservative kingdom, which prohibits women to show their face in public.

Sheikh Ahmed al-Ghamdi, who previously served as the head of Mecca’s religious police, appeared chatting with his wife on a popular television show.

He told the audience that Islam does not oblige women to put a niqab (a piece of clothes that covers the face as part of Hijab) in public.

Following the appearance of his wife on a TV show, the cleric received many insults on Twitter.

According to Arab News, “a number of Saudis in Jeddah are planning to file a lawsuit against Ahmed Qassim Al-Ghamdi,” for his recent statements that are understood by many as an encouragement to women to put make up and go out without a veil.

Early this month, the prominent sheikh issued a new fatwa against wearing Hijab claiming that “Islam doesn’t require women to wear veil,” and that they can put makeup on, take pictures for themselves and post them on social media networks.