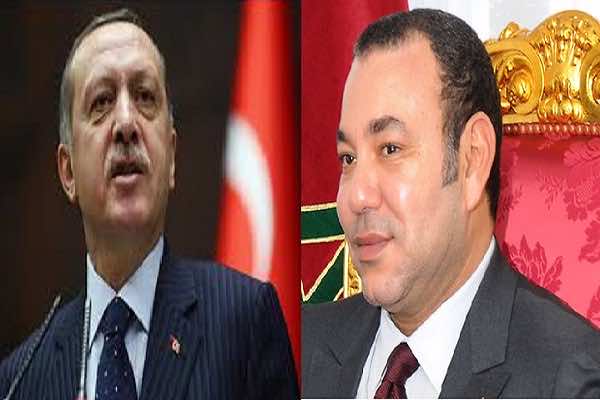 According to Turkish newspapers, the Moroccan monarch is expected to meet the president of the Turkish republic in an unofficial and friendly meeting. However, the date of the meeting was not specified.

Erdogan visited Morocco last year as Turkey’s Prime Minister. He was accompanied by several ministers and a large delegation of Turkish businessmen.

He was not received by the Moroccan monarch who was in private visit to France at the time.

After Morocco, Erdogan visited Algeria and Tunisia as part of a Maghreb tour.