Rabat - Real Madrid talisman Cristiano Ronaldo has reportedly decided to give each of his teammates a $10.000 personalized Bulgari watch, to express gratitude for the team that helped win last season's UEFA Champions League. 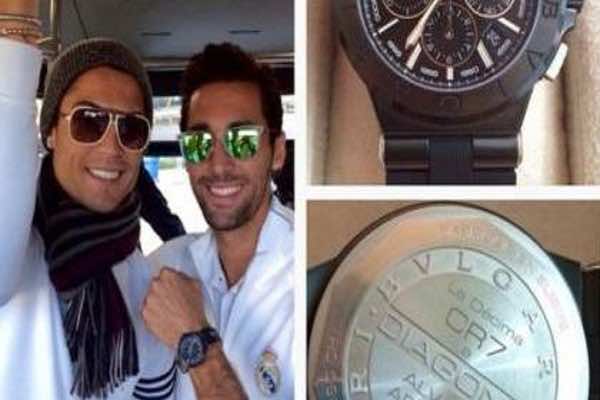 Rabat – Real Madrid talisman Cristiano Ronaldo has reportedly decided to give each of his teammates a $10.000 personalized Bulgari watch, to express gratitude for the team that helped win last season’s UEFA Champions League.

The Portuguese star will offer the said watches inscribed with the name of each player in addition to “La Decima”, which refers to the tenth European cup the Los Blancos claimed last season.

The two-time FIFA Ballon D’Or winner managed to win the second FIFA Club World Cup of his career in Morocco after beating South American champions, San Lorenzo, 2-0 in the final that took place in the Grand Stadium of Marrakech.

Ronaldo won his first international trophy back in 2008 when he was still defending the colors of Manchester United.

Real Madrid added the year-ending trophy to the Champions League, Copa Del Rey and European Super Cup titles they had already secured in 2014.

Saturday’s triumph was their 22nd consecutive win in all competitions.