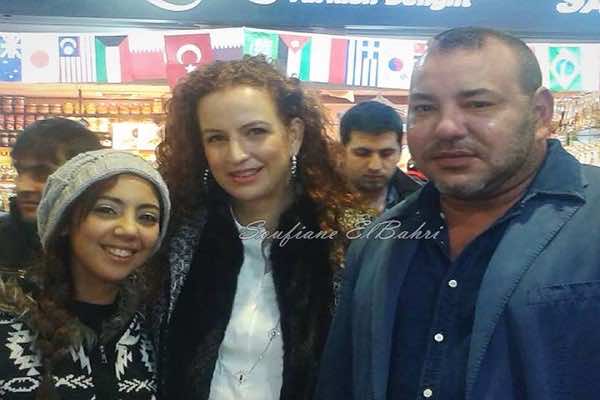 The picture, which was posted by Soufiane El Bahri, the owner of a Facebook page devoted to the King Mohammed and the royal family, shows the Moroccan monarch and his spouse in Turkey wearing casual clothes away from any royal protocol.

The picture was taken in an Istanbul market (Bazaar) and shows the royal couple besides a Moroccan citizen identified only as Samira. 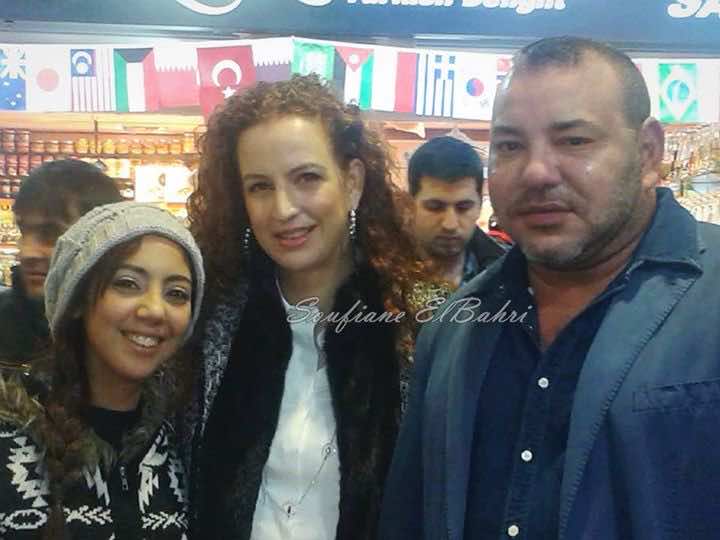 This is the first time King Mohammed VI and Princess Lalla Salma appear in a casual picture together.

Princess Lalla Salma has been named by American website “Richest Lifestyle”, dedicated to the lifestyle of celebrities, rich and fabulous people around the globe, as the most beautiful first lady in Africa and the third in the world.

Like other pictures of the Moroccan king, the picture is being widely circulated and commented on social media.

In recent years, Moroccans have become accustomed to see pictures of the King posted on and shared on Facebook, and also seeing him driving his car without or little protocol in every Moroccan city he visits.