Rabat - The net amount of subsidies are forecast to drop to 33.6 billion dirhams by the end of 2014, against 42.5 bln MAD in 2013, which is a decline of 21% thanks to the adoption of the partial indexation system for oil products, said, on Friday in Rabat, Head of government Abdelilah Benkirane. 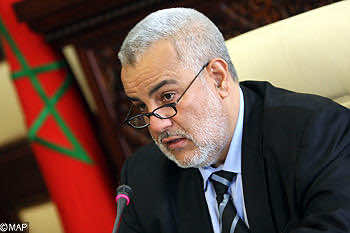 Rabat – The net amount of subsidies are forecast to drop to 33.6 billion dirhams by the end of 2014, against 42.5 bln MAD in 2013, which is a decline of 21% thanks to the adoption of the partial indexation system for oil products, said, on Friday in Rabat, Head of government Abdelilah Benkirane.

Subsidies expected to drop to 33 bln MAD in 2014 after adoption of partial indexation, Head of Govt.

This figure is also the result of stopping subsidies for premium gasoline and fuel oil No. 2, the gradual reduction of diesel oil subsidy, and the decrease of the price of some subsidized raw materials at international markets, said Benkirane who was chairing the meeting of the subsidy fund board of directors.

By the end of 2014, the cabinet will start the liberalization of the prices of three oil products (diesel, premium gasoline, fuel) after stopping definitively subsidies for diesel, which will have a positive impact on these products thanks to free competition, he added.