Rabat - Justice and Liberties Minister Mustapha Ramid was chosen "Man of the Year 2014" by Moroccan weekly "Maroc Hebdo International" for his great person, integrity and honesty, as well as for the major reforms carried out in the justice sector. 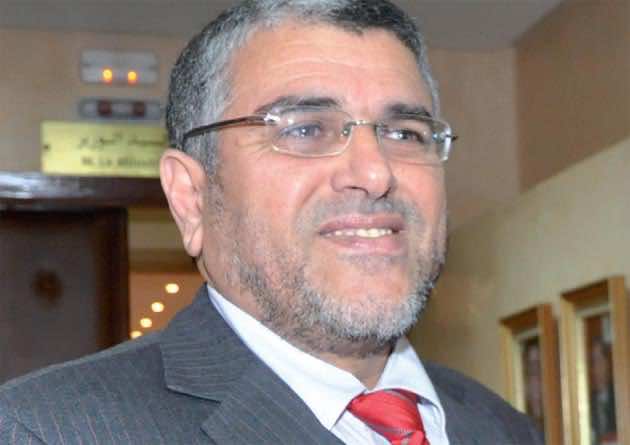 Rabat – Justice and Liberties Minister Mustapha Ramid was chosen “Man of the Year 2014” by Moroccan weekly “Maroc Hebdo International” for his great person, integrity and honesty, as well as for the major reforms carried out in the justice sector.

The weekly chose Ramid for his great person, integrity and honesty, as well as for the major reforms carried out to ensure an independent and competent justice system since it is the State’s most strategic and sensitive sector, said Maroc Hebdo in a statement.

The justice minister chaired with know-how the high authority in charge of the national dialogue on the reform of the judiciary, set up by HM King Mohammed VI in 2012, it added.

Ramid made sure that all components from across the political spectrum, trade unions and civil society are duly represented in the newly-created body, it noted.

This political will was reinforced by the royal letter to the World Forum on Human Rights, on Nov. 27-30, 2014, which was read out by Ramid, the same source recalled.