The Emirati investors have invested more than 55 billion Dirhams in the form of shares in listed companies, which represents 40% of the capitalization held by foreign operators.

According to the report cited by news website media24, the French investors come in second place with 54 billion Dirhams worth of investments, followed by the Americans with 5 billion Dirhams.

The same source added that the Emirati investors top the list of foreign investors mainly following the sale of Vivendi’s stake in Maroc Telecom to UAE’s Etisalat. However, the market is still dominated by Europeans, notably the French, Belgian, Spanish and the British.

They represent over 30% of the total market capitalization in the Moroccan financial market. 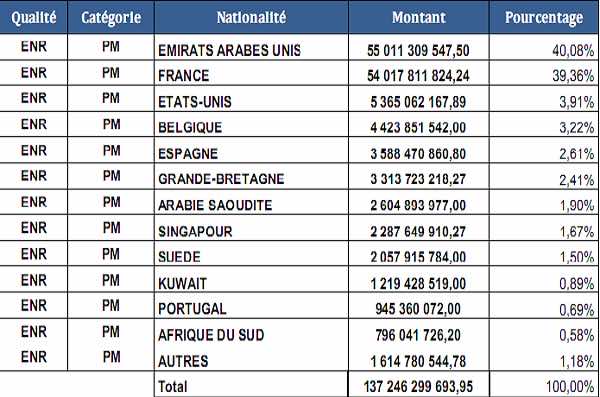