Istanbul - One of the most positive developments in the world as a whole in 2014 was doubtlessly the progress made by Tunisia in the transition to democracy. 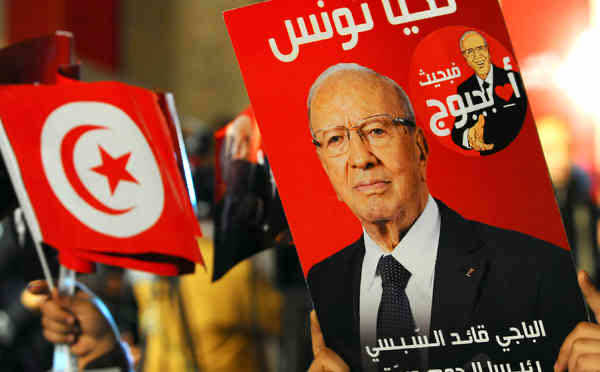 Istanbul – One of the most positive developments in the world as a whole in 2014 was doubtlessly the progress made by Tunisia in the transition to democracy.

The fact that Tunisia, the country where the Arab Spring originated, overcame significant obstacles to democracy, with its new constitution as well as parliamentary and presidential elections conducted in accordance with democratic norms, put it far above other countries where the Arab Spring took place. The fact that the popular will was expressed before the eyes of the world through these fair elections was a significant factor in Tunisia building a stable, prosperous and secure future. Indeed, all these developments in a country where free and democratic elections had never taken place since the declaration of the republic were hugely significant steps in terms of Tunisia’s future.

The winner of the presidential election, which took place in a spirit of great democratic maturity, just like the parliamentary elections, was Nidaa Tounes political party leader Beji Caid Essebsi, an experienced politician who served as prime minister in the transitional government established in the wake of the collapse of the Zine El Abidine Ben Ali regime in 2011 and also as minister of internal affairs, defense and foreign affairs during the Bourguiba period. The 88-year-old Essebsi is regarded as a strong leader. Essebsi formerly described himself as the political heir to Bourguiba, but chose to stand beside Ben Ali following the 1987 coup against Bourguiba. Essebsi originally ended his political career in 1991, but was brought back as prime minister in 2011 and thus returned to the political stage. He began his political career at the age of 15 and waged a long struggle for Tunisian independence from France. He was elected president of the country with 55.6% of the vote in the second round of voting held on December 21st.

Although the transition to democracy appears complete with the democratic elections after the Jasmine Revolution, the new constitution and a pluralist parliament in which representatives of different parts of society sit under the same roof, not all the problems in Tunisia have in fact been solved, of course. The fact that Essebsi is the heir to Ben Ali – who ruled the country with an iron fist for 23 years – inevitably evokes unpleasant memories among the Tunisian people; the return of dictatorship is of one of the Tunisian people’s greatest worries. The public also harbors profound expectations regarding the immediate resolution of unemployment, inflation and inequality between regions. New clashes across the country resulting from divisions between the secular Nidaa Tounes-supporting North and the conservative Ennahda Movement-supporting South or for any economic, social or political reason, are a concern that Tunisians are unable to suppress. Another significant problem is the serious threat to national security posed by terror groups located on the Algerian and Libyan borders.

Since Essebsi is aware of all these popular concerns and of the deep-rooted worries over a return to dictatorship in particular, he constantly issued messages of unity during the election campaign and promised that laws to bring about equality and justice would be brought in. Saying that they would not govern alone, that he was in favor of “completely turning the page on the past” and that “Tunisia needs all its children,” Essebsi frequently emphasized the need for all Tunisians to work together and that he would be a president for all Tunisians. One of his most important electoral themes concerned the elements brought in by the revolution, and much of his electoral campaign was dedicated to overcoming popular concerns by ushering in economic development. In order for these justified concerns to be overcome, it is essential for President Essebsi and the new government to establish a climate of advanced democracy across the country in such a way as not to evoke bitter memories of the old dark days devoid of freedom and democracy, and to concentrate on activity that will eliminate terror, bring in economic growth and win popular confidence. There is no doubt that Tunisia, which, unlike other Arab countries, brought about a peaceable transition to democracy, is genuinely seeking peace and democracy. We hope that the recent impetus in Tunisia, which came out of the Arab Spring far less damaged than anywhere else, will continue and that the people, who long for social peace and democratic stability, will also attain the climate of prosperity which they seek.