Rabat - After approving a decree that provides direct support for widows, the Moroccan government considers allocating financial support for the unemployed. 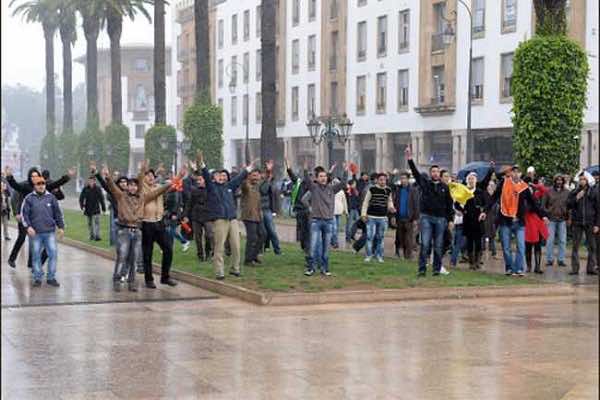 Rabat – After approving a decree that provides direct support for widows, the Moroccan government considers allocating financial support for the unemployed.

Abdul Salam Al Siddiqi, Minister of Employment and Social Affairs said that the Moroccan government is considering the allocation of financial support fixed at 1,000 Dirhams per month for the unemployed.

The measure is due to take effect starting next year and it aims at assisting around ten thousand unemployed B.A holders in their search for work.

Speaking to Anadolu a news agency, the minister said that the new measure will help a large number of unemployed individuals, especially those living in rural areas.

He said that the national strategy for employment which was planned to be launched by the end of this year has been postponed until the beginning of next year.

The minister went on to say that the government hopes the 1% increase in the country’s GDP will help create 40,000 new jobs, instead of 30,000 new jobs available now.