Rabat - Bayern Munich defender and Moroccan national Mehdi Benatia was named the Arab World’s Best Footballer of 2014 at the Global Soccer Awards Ceremony at the end of the 9th International Sports Conference on December 29, 2014 in Dubai. 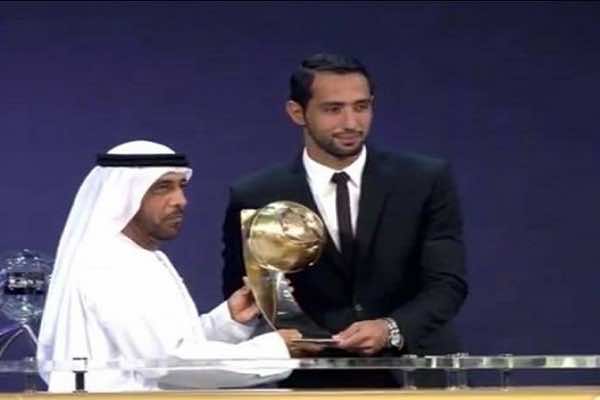 Rabat – Bayern Munich defender and Moroccan national Mehdi Benatia was named the Arab World’s Best Footballer of 2014 at the Global Soccer Awards Ceremony at the end of the 9th International Sports Conference on December 29, 2014 in Dubai.

Benatia, who has been in the Bundesliga for just a few months after proving to be an outstanding defender in Garzia’s Roma, was elected the Best Arab Footballer at a glittering ceremony at Atlantis The Palm.

The Moroccan player has been described by the European media as an intelligent, hard defender and, at the same time, a threat when he presses forward into the box. He is a battler; he organizes the defense.

Mehdi Benatia has played in France, Italy, and is now making a name for himself in Germany at the country’s model club, Bayern Munich. In an almost unanimous opinion, he was recognized as the embodiment of North African and Arab football.

Other players who were honored at the ceremony included Real Madrid’s Cristiano Ronaldo, who won best player of the year, and Filippo Inzaghi, the AC Milan coach, who was presented the Player Career Award for more than 20 years as a professional.