Rabat - A Scottish nurse was diagnosed with the Ebola virus. British officials are tracing scores of passengers on the nurse's Royal Air Maroc flight into the UK from Casablanca international Airport. 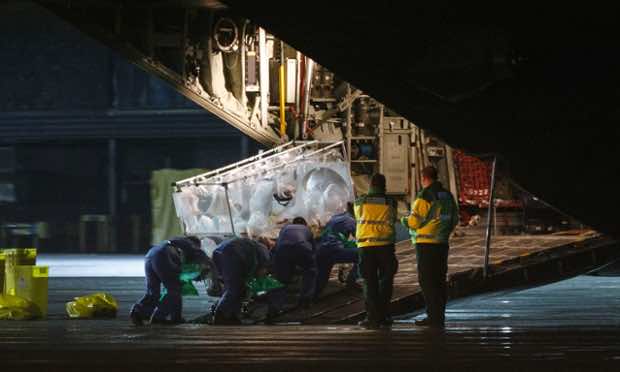 Rabat – A Scottish nurse was diagnosed with the Ebola virus. British officials are tracing scores of passengers on the nurse’s Royal Air Maroc flight into the UK from Casablanca international Airport.

According to the Guardian, the nurse spent the last month working as a volunteer with Save the Children in Ebola-stricken Sierra Leon to help combat the epidemic.

She had been volunteering at a newly built hospital at Kerry Town in Sierra Leone run by the charity Save the Children since November 23rd.

She was transferred from Glasgow airport in a quarantine tent surrounded by a group of health worker in full protection suits to the Royal Free Hospital in north London.

It is the first case of Ebola to be diagnosed on UK soil, added the Guardian.

The British officials from Health Protection Scotland and Public Health England are also mapping out scores of 71 passengers on her internal British Airways connection from Heathrow to Glasgow on Sunday night.

Nicola Sturgeon, the Scottish first minister said on Monday that the search for passengers was “very much precautionary measures.”

“The risk to other people as a result of this Ebola case is deemed to be extremely low,” Sturgeon told a press conference.