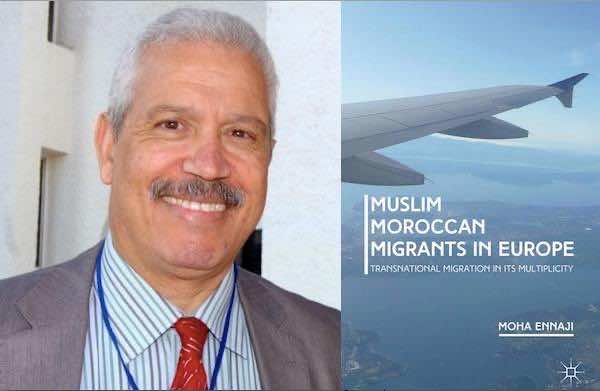 This book of 290 pages sheds light on the situation of Moroccans living in Europe, including Spain, France, Belgium, Italy, the Netherlands, and the UK. It offers readers a synopsis of the history of Moroccan migration to Europe, a multicultural vision of issues related to cultural diversity and immigrant integration in a perspective which is both sociological and anthropological.

The multiple issues and facets of this book make of it an important work to understand the challenges and role of Moroccan and Muslim communities in Europe. The ten chapters of this essay are organized around six major themes: the history of Moroccan migration in the old continent, the living conditions of Muslims and the phenomenon of Islamophobia, language issues and impacts of educational systems, the situation of Moroccan women living in Europe, the challenges of integration and multiple identities, and the contribution of European Moroccans in economic, political, social and cultural development.

Highlighting topics previously little studied and analyzed, the book emphasizes the significance of respecting the cultural specificities of Muslim immigrants in any debate on diversity and democracy in Europe.

The book portrays Moroccan Muslim immigrants in particular as decent hard working people whose main concern is to improve their living conditions in the host countries. They are neither criminals, nor terrorists, nor drug-dealers, nor a threat to security. The book has shown that migrants are agents of change given their various immense contributions and accomplishment at many levels. They fight everyday for a better future for themselves and for their children and deserve our recognition and respect. For the most part, their Islam is both modern and moderate, and thus, does not constitute a menace to Europe.

Ennaji argues that borders ought to be open and that people are free to migrate, live, and work in another country, subject only to the restrictions that connect them to citizens in the host country. He also believes that international migration from one country to another should become a human right.

He goes on to argue that European countries, and Western societies in general, would be better off if they accepted the cultural traditions of immigrants and protected their civic and political rights. Likewise, immigrants and their descendents ought to recognize the culture of the adoptive country and be more tolerant and more respectful of the laws and rules of the host land.

Background of the Author

Moha Ennaji is the president of South North Centre for Intercultural Dialogue and Research on Migration. He is the author of several articles and books, including “Multiculturalism and Democracy in North Africa (Routledge, London, 2014),” Multilingualism, Cultural Identity, and Education in Morocco “(Springer New York, 2005),” Language and Gender in the Mediterranean Region “(Mouton de Gruyter Berlin, 2008),” Gender and Violence in the Middle East,” Routledge, 2012, collective). He has also published numerous articles in Moroccan, European and American magazines and newspapers.