Rabat - Saudi Arabia's Shura Council is moving forward to consider new amendments to its audiovisual law , which would force female television anchors on Saudi-funded channels to wear an abaya and scarf. 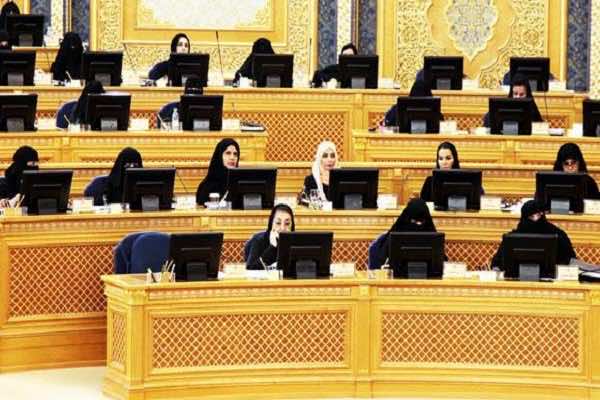 Rabat – Saudi Arabia’s Shura Council is moving forward to consider new amendments to its audiovisual law , which would force female television anchors on Saudi-funded channels to wear an abaya and scarf.

Multiple reports said that Noura Al-Odwan, a female member of the council, convinced the Saudi Culture and Media Affairs committee to take the initiative to present the controversial amendments to lawmakers.

According to Arab News, this proposal comes after Noura Al-Odwan criticized the appearance of some presenters, saying, “they used too much makeup”, drawing flak from the male Shura members and female anchors.

This issue has already provoked a heated debate among Saudi bloggers, according to Arab News. While some of them praised the new amendments, others insisted that the Shura Council “should not waste their valuable time discussing such silly issues.”