Rabat - Supporters of Morocco’s Raja of Casablanca were selected World’s third best ultras of 2014 by Ultras World, a leading website for soccer fanatics. 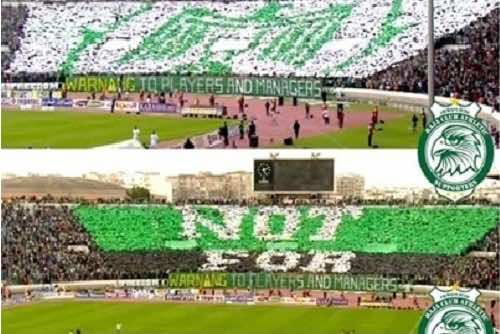 Rabat – Supporters of Morocco’s Raja of Casablanca were selected World’s third best ultras of 2014 by Ultras World, a leading website for soccer fanatics.

Ultras World recently selected the top ten most active, unique, and creative ultras, or highly fanatical supporters, of 2014. The ultras of Morocco’s Raja of Casablanca rank third on the list, ahead of Argentina’s River Plate, while Polish Legia Warsaw ranks second.

In May, Ultras World selected Raja of Casablanca ultras as the World’s Best Tifo of the Week.

During a game against Maghreb Tetouan, Raja’s ultras coordinated a massive outburst of color on the stadium terrace, shaping a gigantic poker face composed of each of the fans’ colored flags. 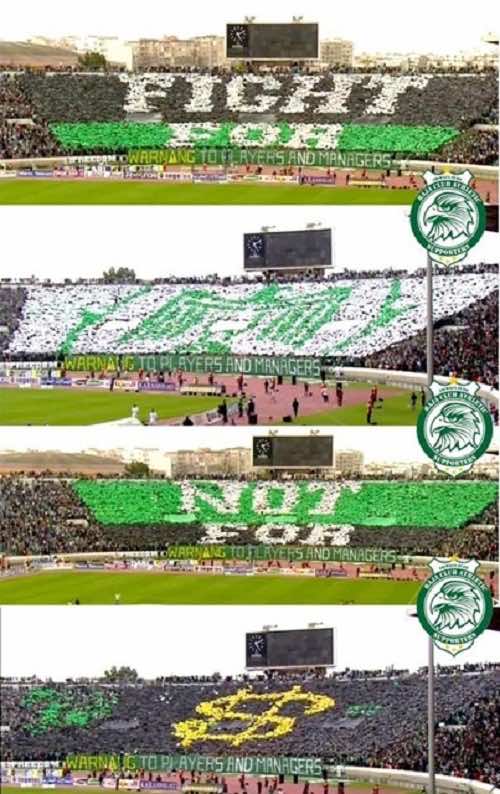 In November, Raja’s ultras performed another amazing tifo, which called Raja of Casablanca’s players to fight for Raja not for Dollars.