Rabat - Arab magazine Sayidaty recently published a list of the most influential Arab women of 2014. Three exceptional Moroccan women were included on the list. 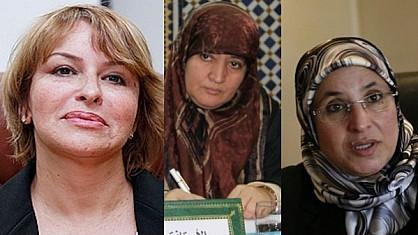 By
Aziz Allilou
-
Aziz Allilou is a student at the Higher Institute of Media and Communications (ISIC) and Morocco World News correspondent in Rabat.
Jan 1, 2015
Spread the love

Rabat – Arab magazine Sayidaty recently published a list of the most influential Arab women of 2014. Three exceptional Moroccan women were included on the list.

In the realm of politics, Hakima El Hiti made it on the list. On October 10, 2013, King Mohammed VI appointed El Hiti the Minister Delegate to the Minister of Energy, Mining, Water, and Environment, in Charge of Environment.

She is also a member of the executive bureau of the Popular Movement party (MP) and president of the international relations committee.

Hakkaoui’s conservative views on gender equality and women’s issues have made many consider her appointment an indicator of the new government’s conservative direction.

Last but not least of the Moroccan woman on the list is Fatima Nejjar, an Islamic preacher and educational activist.

In August, she was elected the 2nd Vice President of the Movement for Unity and Reform. Her election is the first win for a woman in the history of the Islamist movement.

According to the magazine, these women have distinguished themselves with their skills and actions throughout 2014.