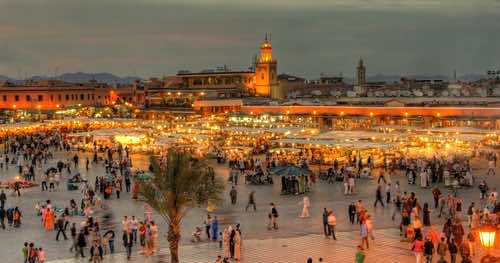 According to Acharq al Awsat newspaper, four million passengers used the city’s airport in December, which is nearly three times the population of Marrakech.

Many celebrities from the fields of cinema, media, arts in addition to political figures and high dignitaries have also visited the Red city during this period.

Among those is former French President Nicolas Sarkozy who attended the game between French giants Paris Saint Germain and Italian side of Inter Milan in the Grand Stadium of Marrakech on December 30.

The same source added that celebrations took place in the city’s famous Jamaa El Fna square despite the cold weather.