Rabat - Four Moroccans were included on Jeune Afrique’s list of the fourteen most influential businessmen, politicians, and senior civil servants who made a mark on the African continent in 2014. 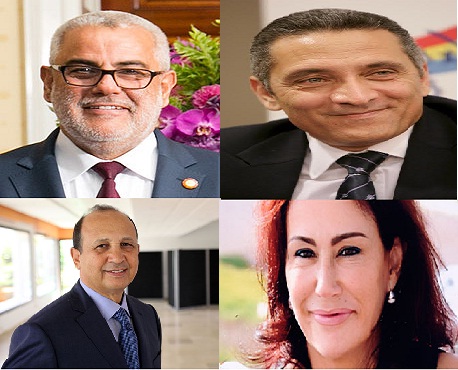 By
Aziz Allilou
-
Aziz Allilou is a student at the Higher Institute of Media and Communications (ISIC) and Morocco World News correspondent in Rabat.
Jan 3, 2015
Spread the love

Rabat – Four Moroccans were included on Jeune Afrique’s list of the fourteen most influential businessmen, politicians, and senior civil servants who made a mark on the African continent in 2014.

Abdelslam Ahizoun has led Maroc Telecome to resist changes from its shareholders. His address book, its results, and his tactical skill have allowed the company to expand its sphere of influence further in Africa.

The second Moroccan on the list is Minister of Industry, Trade, Investment, and the Digital Economy Moulay Hafid Elalamy, who ranks eighth overall.

Rita Maria Zniber is the only Moroccan woman on the list. She ranked tenth overall.

Last but not least of the Moroccan personalities on the list is Abdelilah Benkirane, the Head of Government and Secretary General of the Justice and Development Party (PJD). He ranked eleventh on the list.

According to Jeune Afrique, Benkirane has had the courage to reset the oil subsidy system. “An unpopular reform, but necessary, which allowed the state to alleviate the half compensation charges,” Jeune Afrique concluded.