Rabat - Egypt's Foreign Minister Sameh Shokri will arrive in Morocco on January 18th in what appears to be an attempt by the Egyptian official to end the diplomatic crisis between the two countries. 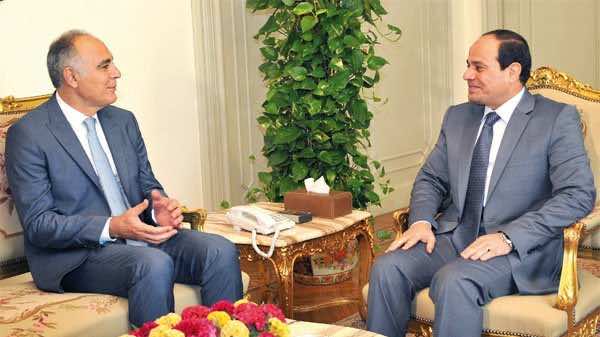 Rabat – Egypt’s Foreign Minister Sameh Shokri will arrive in Morocco on January 18th in what appears to be an attempt by the Egyptian official to end the diplomatic crisis between the two countries.

Speaking to Anadolu new agency on Friday, a diplomatic source hat spoke on the condition of anonymity, was quoted as saying that Shokri authorized Egypt’s ambassador in Rabat to cooperate with Moroccan officials.

However, “if these effort fail,” added the diplomatic source, “the foreign minister himself may visit Morocco.”

According to Le360 news website, the Moroccan foreign minister, Salaheddine Mezouar, is expected to meet Egypt’s ambassador to Rabat, Ahmed Ihab Jamal Eddine, on Tuesday in a bid to ease the tension between the two North African countries.

Last week, the two Moroccan state-owned channels 2m and Al Aoula aired special reports on Egypt questioning the legitimacy of El Sisi’s regime, referring to El Sisi as “the leader of the military coup,” rather than president of Egypt.

This apparent reversal is due to the last series of attacks on Morocco by the Egyptian media.

The shift in Moroccan-Egyptian relations is also due to an Egyptian media delegation’s visit to the Tindouf camps, believed to be fully financed by Algeria.

A secret communication from Algerian authorities to the Polisario Front has surfaced from the visit.

The document includes an alleged request by Algeria to the Polisario’s militias to allow the Egyptian media into these camps for the purpose of disseminating false information about Morocco and its southern provinces.

The document also says that Algeria will finance the efforts of the Polisario in leading a media campaign against Morocco.