Rabat - The terrorists who attacked the headquarters of French satirical newspaper Charlie Hebdo are supposedly affiliated with Al Qaeda. 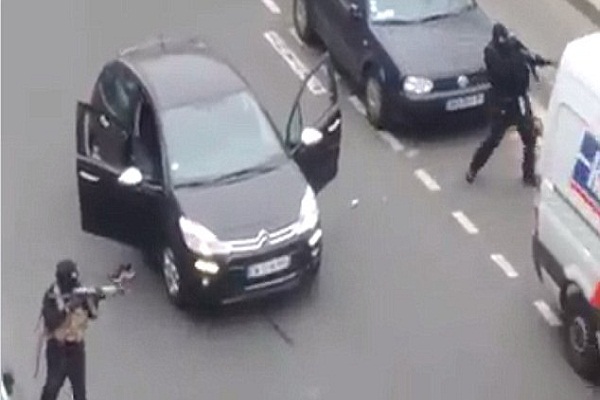 Rabat – The terrorists who attacked the headquarters of French satirical newspaper Charlie Hebdo are supposedly affiliated with Al Qaeda.

An eyewitness identified as Cédric Le Béchec was quoted as saying that the shooters arrived in a black car, stopping in the middle of the street while carrying a rocket-propelled grenade.

He also said that before launching their attack on the headquarters of the French satirical newspaper, the attackers approached a man in the street telling him to “tell the media that this is Al Qaeda in the Yemen.”

Corinne “Coco” Rey, one of the newspaper’s cartoonists who survived the ordeal, said that the assailants spoke perfect French.