Rabat- According to media sources, French authorities have identified the three perpetrators of the terrorist attack that targeted French satirical magazine Charlie Hebdo and claimed the lives of 12 people. 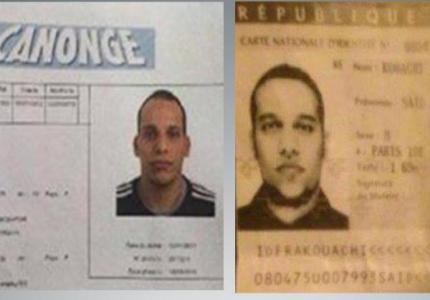 Rabat- According to media sources, French authorities have identified the three perpetrators of the terrorist attack that targeted French satirical magazine Charlie Hebdo and claimed the lives of 12 people.

The Paris shooters are allegedly two brothers, 34-year-old Said Kouachi and 32-year-old Cherif. They were both born in Paris and hold the French citizenship. They are both of Algerian descent, according to USA Today. The third person is 18-year old Mourad Hamid whose nationality has not been disclosed yet.

Masked men with guns attacked the Paris office of Charlie Hebdo this morning at around 11:30, killing 12 people and injuring seven.

The firefight broke in the headquarters of the weekly Charlie Hebdo, Boulevard Richard-Lenoir, near the Bastille district, in central Paris.

Before they escaped, the Shooters reportedly said “We have avenged the Prophet, Charlie Hebdo is dead.”President Francois Hollande immediately headed to the scene. “This is a terrorist attack, there is no doubt about it,” he told reporters.