“Who said building a snowman is an innocent activity”? Said Mohammad Saleh Al-Munajid, one of the most influential sheikhs of Saudi Arabia,who has just issued a Fatwa prohibiting the hobby of snowman building. 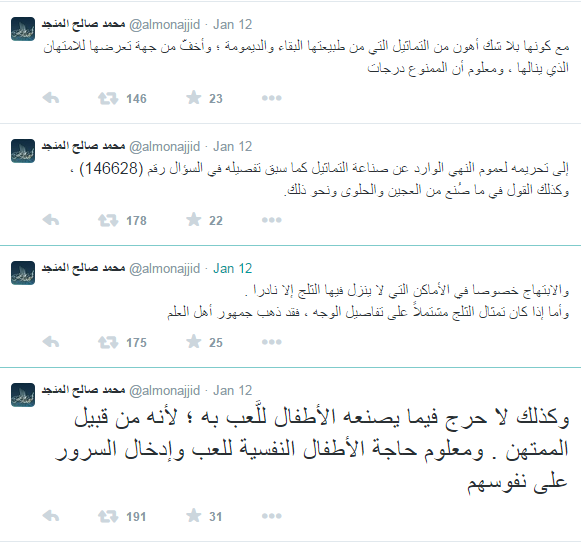 At IslamQA.info, where the Sheikh, meets his followers online to answer their questions about Islam, he declared his new Fatwa after the recent snowfall in Saudi Arabia.

In Islam, Allah has given people the freedom to build anything they want as long as it contains no soul, such as, boats, houses, etc … “A snowman does not make the exception” some said on social media.

On Twitter, Saudis were quick to ridicule this fatwa creating the Hashtag “#fatwa to ban snowmen.”