Moscow - In the aftermath of the recent terrorist attacks against Charlie Hebdo magazine in Paris, Head of the Chechen Republic, Ramzan Kadyrov, posed several questions over what he believes are the double standards by which the notion of terrorism is being grasped by the West. 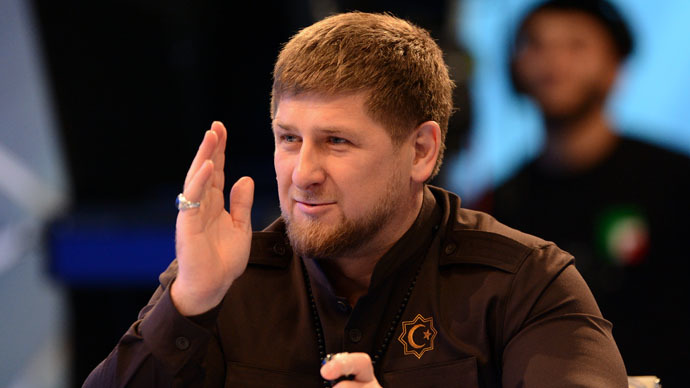 Moscow – In the aftermath of the recent terrorist attacks against Charlie Hebdo magazine in Paris, Head of the Chechen Republic, Ramzan Kadyrov, posed several questions over what he believes are the double standards by which the notion of terrorism is being grasped by the West.

In his Instagram profile, the Chechen leader first condemned the killing of unarmed people by terrorists and welcomed the “single-hearted” denouncing of terrorism by world leaders as well as the millions of people who took to the street across the country. Yet, he wondered why global leaders gathered in Paris in solidarity with France against the massacre of Charlie Hebdo, yet no such a march has ever been held against the death of “hundreds of thousands people in other parts of the world.”

Kadyrov said, “Why the presidents, kings and prime ministers have never led marches of protest against the deaths of hundreds of thousands of Afghans, Syrians, Egyptians, Libyans, Yemenis, and Iraqis? Why did they remain silent when terrorists exploded a bomb in the Chechen government HQ or when they blew up the Grozny stadium killing Chechen President Ahmad-Haji Kadyrov [Ramzan Kadyrov’s father] and his aides? Why did they not react to the raid on the school in Beslan and the hostage taking at Moscow’s Dubrovka Theater? Why keep silent when in December last year terrorists captured the House of Press and a school in Grozny, killing and injuring over 50 people?”

“It is impossible to secure Paris, London, Madrid and other European capitals if the whole society fails to condemn those who raise and sponsor terrorists all over the world masking it as support for opposition movements,” he added.

Kadyrov has enthusiastically warned against any disrespect towards Islam, with particular reference to the Prophet Mohamed (PBUH). In this regard, he addressed the Western political leaders by saying: “If we are still silent this does not mean that we cannot get millions of people onto the streets all over the world protesting against those who connive at the insults to Muslims’ religious feelings. Is this what you want?”

In the same Instagram post, Kadyrov points out that mass media have contributed significantly to Islamophobia in non-Muslim societies saying, “Peace and stability are more important for all peoples than the right of a handful of journalists to disrespect the Prophet.“

Ramzan Kadyrov is the son of former Chechen President Ahmad Kadyrov, who was assassinated in May 2004. He became the president of the Republic of Chechnya in 2007. Kadyrov has faced heavy criticism from the international press and Russia, due to alleged corruption and human rights violations.