Istanbul - The world’s economic and sociological structure is changing, and each region has its own propulsive forces shaping this. Although there may sometimes be elements beyond our control, such as natural disasters or underground resources, it is usually trade routes, laws and new economic integration packages jointly agreed to by nation-states that lead the way in these changes. For example, the main reasons for the domestic turmoil in today’s Sudan are a combination of access to natural resources and drought, while it was integration of the coal and steel industry that started the process of the integration of the EU. 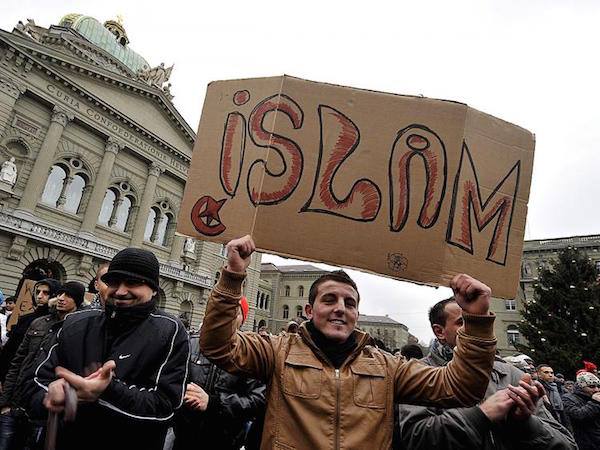 Istanbul – The world’s economic and sociological structure is changing, and each region has its own propulsive forces shaping this. Although there may sometimes be elements beyond our control, such as natural disasters or underground resources, it is usually trade routes, laws and new economic integration packages jointly agreed to by nation-states that lead the way in these changes. For example, the main reasons for the domestic turmoil in today’s Sudan are a combination of access to natural resources and drought, while it was integration of the coal and steel industry that started the process of the integration of the EU.

It is astonishing that a dynamic and fertile area with such natural wealth as the Islamic lands, and particularly the Middle East, could not have succeeded on a process of integration similar to that of the EU in the last 100 years. Certain forces that wish Muslim countries with rich underground resources to be more malleable have stirred up a number of ideological and political causes and managed to prevent Muslim lands, and particularly Arab countries, from acting as one. Conflicts between Muslim countries themselves have also hindered such unity, of course.

Yet it is actually much easier than people imagine to eliminate the borders and obstacles that prevent the Islamic world acting as one. For example, Unilever manufactures many of the products it sells to the world in Morocco[i] but it sends these products to Algeria via France. The sole reason for this is the estrangement between Arab countries. Yet there can be a huge economic expansion once we open the borders between neighboring countries to free movement and trade.

The words olive oil immediately brings Italy to mind. Yet the old olive trees on the Mediterranean coast of Arab countries have the capacity to produce the finest quality olive oil. The fact this capacity is not exploited is due to lack of investment in that sector. Although one firm based in the UAE recently began exploiting olive tree products in Tunisia, the level of overall investment is insufficient. If Jordan, with rare natural wealth in terms of olive oil, invests together with Tunisia, the two countries have the potential to be a major representative in the world market. We all know that Jordan is one of the most arid areas in the world; the country has employed radical methods to try and resolve this problem, but it can only make use of the high flow of the River Nile that supplies Burundi, Rwanda, Tanzania, Kenya, Ethiopia, Uganda, North and South Sudan and the Democratic Republic of Congo by improving relations with them. In return, Jordan, which imports almost all the cereals it needs, especially from the USA, can buy them from countries in the Nile River basin instead, and a mutual regeneration program can thus be established. Better use could also be made of the waters of the Litani River, which irrigates the Beqaa Valley, through a simple investment in technology. Seventy percent of the Earth is covered in water, but only 3% of it can be properly made use of.

The obstacles to free trade and movement between Islamic countries in this region must be lifted. It is shameful that people in this vast region need passports and visas to visit their neighbors. The visa requirement must be abolished, and steps must be taken toward establishing a model based on the EU. It will not be hard to initiate a brand new and dynamic integration with new rules and regulations.

The great step needed to build societies that are more open to one another is not the Pan-Arab Free Trade Agreement on which there has been work going on for some time.[ii] In the same way that the Arab League is today not up to the job of resolving problems, neither will a Pan-Arab Agreement in which Arab societies that are not particularly industrialized be up to resolving them. Societies such as Iran, Turkey and Israel also need to be a part of this solidarity if Arab economies are to grow. The time has come for a rapprochement with these nations, which political conflicts with Arab countries have driven away. Such a rapprochement will make the political and economic structures of Arab societies more predictable and establish a more reliable climate for foreign investors. A union that includes such a broad spectrum can even become a trade giant that puts the EU in the shade.

All journeys begin with a single step, and everything described herein is just one step away. When the requisite courage is shown and those first steps are taken, we will see how easy it is to reach our objective. All that is needed to make the most perfect use of the great potential of the Middle East is for Muslim states in particular to set aside their traditional sectarian and historical differences and forge better relations with one another.