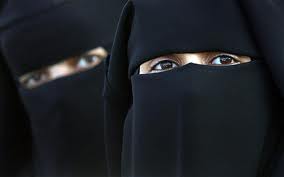 Legislators in Urumqi, a city of 3.1 million people in the far western region of Xinjiang, barred women from wearing the garment in “an effort to curb growing religious extremism.”

“Burqas are not traditional dress for Uighur women, and wearing them in public places is banned in countries such as Belgium and France,” Xinhua, China’s official news agency, wrote in brief article about the ban.

The ban on burqas was introduced by local legislators in December, and passed over the weekend.

Around 13.4 million of Xinjiang nearly 22 million residents are Muslims, according to the 2010 census.

People under the age of 18 are also banned from entering mosques in Xinjiang.