Rabat - The city of Fès will host the first edition of the Alumni Model United Nations Conference (AMUNC), organized by the Association of Moroccan American Dialog (AMAD) on January 30-31. 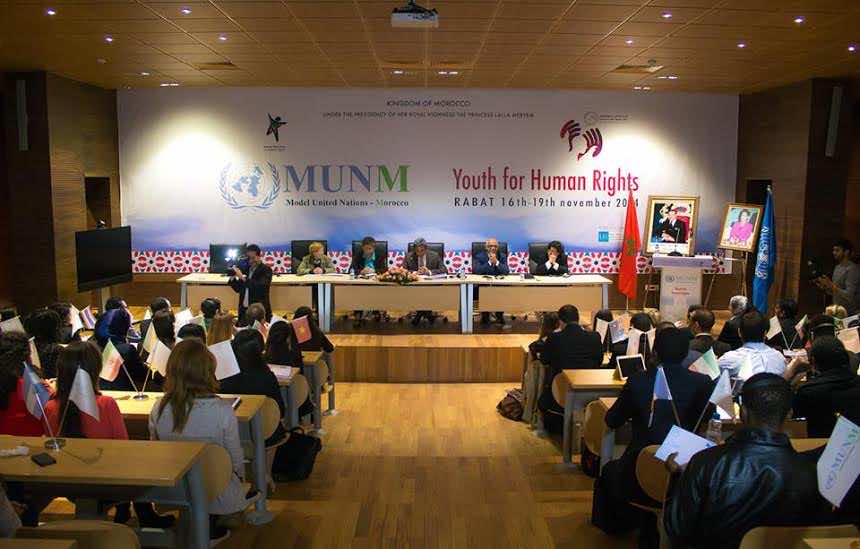 Rabat – The city of Fès will host the first edition of the Alumni Model United Nations Conference (AMUNC), organized by the Association of Moroccan American Dialog (AMAD) on January 30–31.

AMUNC is a simulation of how the main bodies of the United Nations function such as the General Assembly and the Security Council.

Model UN is an academic competition in which students learn about diplomacy and international relations. The delegates will have the privilege of meeting and negotiating with their fellow delegates regarding issues of national and international concern in order to develop resolutions by the end of the conference.

AMUNC is an initiative of the Association of Moroccan American Dialog (AMAD), which aims to reunite Moroccan and American alumni of different U.S. government-sponsored educational and cultural programs, in addition to students representing Moroccan universities and schools of higher education.

The idea behind this MUN is to connect young people from all over the globe to learn about the inner functioning of the United Nations and its legislative procedure.

The conference themes of this year will be as follows:

This MUN could be a gateway to the real United Nations. MUN is not only a competition but also a school where students can develop their communication skills.