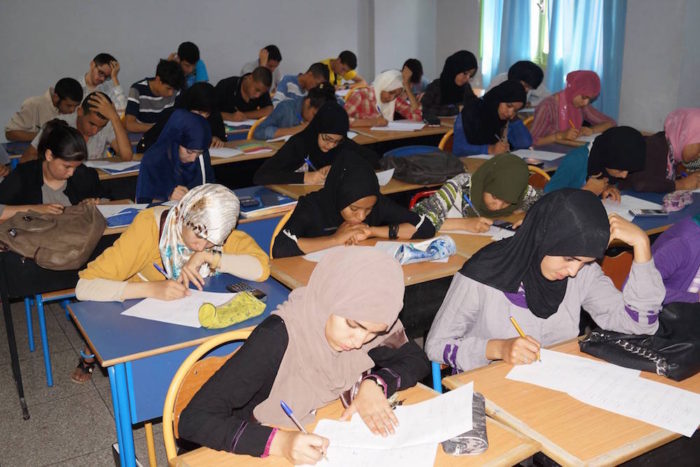 The OLP is an initiative which paves the way to success for students in southeast Morocco by presenting educational assistance to excellent students with financial need so that they may succeed and enroll in higher education institutions to study medicine, engineering and other fields.

The OLP aims at promoting a sense of distinction, success, and patriotism amid the Moroccan public schools as it seeks to enhance the academic level of students and prepare them for positions of active and patriotic leaders.

The OLP provides educational assistance by presenting reinforcement lessons for students and organizing educational visits to higher institutions and schools such as those in Rabat, Casablanca, El Jadida, Setat, Marrakesh and Agadir. In addition, this program provides all the necessities to excel at preparations for higher education such as extra courses focused on entrance exams.

The Chairman of the Association of Educational Communication, Naaim. Mouhssine, told MWN that “the 5th edition will be different from the previous ones, as it will cover not only, the three provinces, Ouarzazate, Tinghir, and Zagoura, but also Errachidia, which means the 5th, edition will cover about 24 high schools.”

The fourth edition of OLP succeeded in integrating approximately fifty-three excellent students from the provinces of Tinghiir, Ouarzazate and Zagora, in higher Eeucational institutions and schools all over Morocco.

The majority of students who were eligible to complete studies in higher institutions and schools last year as a result of the OLP were female.

At the ceremony, the governor of Tinghir province, Lahcen Arjdam, praised the OLP initiative and showed his readiness to support the program and contribute with all necessities so that it can progressively improve and realize its goals.

The following list includes the number of all students who successfully benefited from this initiative:

15 students: Faculty of Medicine and Pharmacy in Marrakech