Rabat - A judge in Marrakech was caught red-handed in a bribery case. 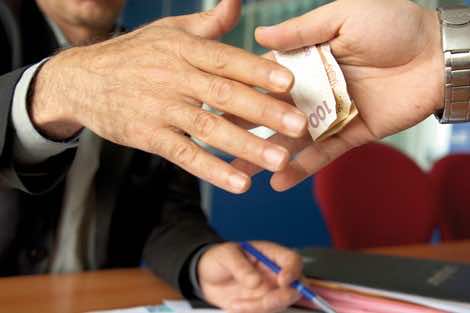 Rabat – A judge in Marrakech was caught red-handed in a bribery case.

According to news website Alyaoum24, the judge works in Ourzazate and was arrested while being handed a sum of MAD 80,000 by a citizen whose case was being overseen by the said judge.

The same source added that the judge in question received bribes from the plaintiff and the defendant, promising he will rule in favor of both.

However, the judge only ruled in favor of one of them, prompting the person who lost the case to contact a deputy from his region and telling him about the ‘corrupt’ judge.

The deputy reportedly carried the person’s complaint to Mustapha Ramid, the Minister of Justice and Freedoms.

Alyaoum24 reported the judge was arrested while trying to refund the person the sum of MAD 80,000 he already paid him.

The judge is reported to be in detention awaiting trial.